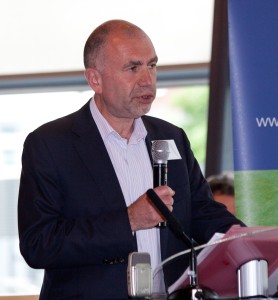 Dishearteningly, men’s health problems are sometimes seen as a source of amusement, with men even being described as “idiots.”

Suicide rates are much higher in men than women, not least in eastern Europe. Across the world, males have a higher incidence rate in 32 of 35 cancer sites. Out of 67 risk factors and risk factor clusters identified in the Global Burden of Disease study (2010), 60 were responsible for more male than female deaths, and the top 10 risk factors were more common in men.

In 2010, three times as many men as women died as a result of tobacco smoking, and twice as many died because of their alcohol use. Almost one million more men than women died from dietary risk factors, such as low fruit and vegetable intake and eating too much processed meat.

Part of the problem is how men are socialised to behave: in almost all cultures, risk taking is seen as an essential characteristic of masculinity, health is still seen by many men as “a women’s issue,” and men can be reluctant to seek help from healthcare services.

A bigger concern is that health services have not adapted to take account of men’s attitudes and behaviours, even though there is now solid evidence that a “gender sensitive” approach makes a difference. We now know, for example, that sport can be an effective medium for engaging men in lifestyle change programmes, and that many prefer men only weight management interventions.

Professor Sir Michael Marmot, one of the world’s leading authorities on the social determinants of health, has argued that national governments should develop strategies that are responsive to gender and, in a recent report on health inequalities in the UK, he called for a greater policy focus on men’s health to help tackle the fact that deprivation has a bigger negative impact on men’s health outcomes than women’s.

It is time for governments and health organisations in all sectors to heed Professor Marmot’s advice, recognise the problems facing men, and begin to develop strategies for tackling them. I would like to see:

None of this means diluting women’s health programmes or transferring resources from women’s to men’s health. What it does mean is that, by properly acknowledging gender differences, we can take a step closer to achieving better health for all.

I have read and understood BMJ policy on declaration of interests and declare the following interests: I was chief executive of the Men’s Health Forum charity from 2000-12. Since then I have worked as an independent consultant in men’s health and have received professional fees and/or honoraria for my work from the following: European Men’s Health Forum, British Dental Health Foundation, the Health Service Executive in Ireland, the Throat Cancer Foundation, Age UK, Leeds Beckett University, the HPV and Anal Cancer Foundation, the Royal College of General Practitioners, the Primary Care Urology Society, the National Institute for Health and Care Excellence, Sanofi Pasteur MSD, Prostate Cancer UK, Eli Lilly, Freelance Dieticians, Nicholas Hall and Company, Beating Bowel Cancer, Clement Editions, BBC, and John Wiley and Sons.