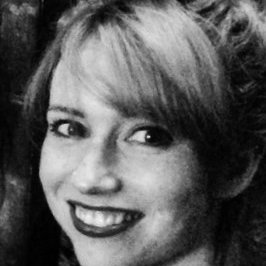 Out of the harrowing and often tragic cases that were highlighted by the Mid Staffordshire NHS Inquiry, Sir Robert Francis has started an extremely important conversation about whistleblowing with his follow-up review of the reporting culture in the NHS. The recommendations from his report, depending on how they are implemented, could have a far reaching impact in the NHS and beyond.

Our research echoes some of the trends identified by the Francis review. Evidence from the whistleblowing advice line we operate demonstrates that concerns raised in the health sector too often remain under protracted investigations that yield fewer resolutions, with more whistleblowers subjected to formal sanctions than in other sectors.

Time and again we hear of barriers to speaking up, including defensive attitudes that can lead to dangerous cultures of silence or fear. However, we have seen examples of where whistleblowing can and does work, and this needs to become the norm in the NHS.

For Public Concern at Work (PCaW), highlights from the report include the emphasis on joint responsibility, training, and the introduction of freedom to speak up “guardians.” While Sir Robert identified the importance of mediation and dispute resolution services, we would have liked to see him go further and advocate for the creation of a national service to carry out this work. Impartiality is crucial when addressing disputes and we would stress that this should be independent of the workplace.

While it is encouraging to hear health secretary Jeremy Hunt accept all of Sir Robert’s recommendations “in principle,” his promise to “legislate in this parliament to protect whistleblowers who are applying for NHS jobs from discrimination by prospective employers” is less so. We would urge the health secretary to reconsider fragmenting whistleblower protection in this way. A typical NHS hospital relies on a number of contractors and subcontractors to provide services, from cleaning to catering to security. Would this provision create a hierarchy of protection between those that apply to work directly for the NHS and those that apply to work for contractors?

It is important to remember that the report is a blunt instrument. These recommendations will only be as good as the people chosen to implement them. The creation of whistleblower “guardians” is a particular case in point. The “guardians,” inspired by the laudable Mid Staffordshire whistleblower Helene Donnelly, will only work if the right people are on board. These roles must be filled by those that really want to see change—otherwise there is a risk of it becoming a tick box exercise.

The part that Donnelly has personally played in the success of the cultural ambassador position at Staffordshire and Stoke on Trent NHS Trust cannot be underestimated. For “guardians” to achieve the ends that they seek, it will entirely depend on a supportive board and executive team, which is prepared to listen, and proactive regulators.

To promote a healthy whistleblowing culture, we need to see active engagement from the frontline to the boardroom, together with effective regulatory oversight—particularly with such hierarchical structures that exist in the NHS. Time will tell whether the report has sufficient teeth, and to this end we will be monitoring progress carefully. There is no room for complacency.

Ciara Bottomley has worked for whistleblowing charity Public Concern at Work for three years, working first as a legal adviser on the whistleblowing advice line, before being promoted to her current position of press officer. Ciara provides both practical and legal advice to clients on public interest whistleblowing, as well as assisting in the formation of policy documents, including the extensive research into experiences of 1000 whistleblowers in “Whistleblowing: the inside story.”

Ciara studied English and French law at university, and is currently studying for a masters in international law at the SOAS, University of London. Before joining Public Concern at Work, Ciara worked as a litigation paralegal at a London law firm.