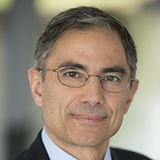 The disturbing case of a Saudi blogger sentenced to flogging should serve as a reminder that health professionals should never participate in torture or cruel, inhuman, or degrading treatment.

Raif Badawi, 31, was sentenced last year to 1000 lashes and 10 years in prison for insulting Islam after he criticized Saudi clerics on his blog. Following his first round of flogging on 9 January, his second round of punishment was postponed for the third time on Friday. Earlier delays reportedly occurred because doctors found he was not physically fit for further lashing. While it may appear that the doctors are assisting Badawi by delaying punishment, their participation is actually enabling the infliction of physical and mental pain.

Engaging in a state policy of corporal punishment by inflicting or calibrating pain violates international laws and a physician’s most basic professional duty to “do no harm.” The UN Convention against Torture (CAT) prohibits torture and cruel, inhuman, and degrading treatment, as do universally agreed upon medical ethics established in the World Medical Association’s Declaration of Tokyo. Respecting our professional ethical standards means refusing to participate in harmful practices such as flogging, even at the risk of losing our jobs.

Flogging can result in severe pain, contusions, hematomas, and lacerations that may become secondarily infected, resulting in a life-threatening condition. The trauma of such beatings often results in the significant psychological symptoms of anxiety and depression. When the infliction of physical and mental pain is severe, it may constitute torture. Badawi’s wife recently said that his health has worsened since the first round of lashes, and expressed concern about how he would survive his full sentence.

Any form of participation by health professionals in this kind of punishment is prohibited, including assessing a prisoner’s ability to withstand the punishment, observing or monitoring the practice, evaluating a prisoner’s “fitness” for these types of harmful practices, or even being present and failing to take action and stop it.

At Physicians for Human Rights (PHR), we have long advocated against health professionals’ participation in torture and ill-treatment. Just last month, we released a report calling for health professionals to be held accountable for their central role in the US torture programme.

As doctors, we have no greater duty than to heal and prevent human suffering. The integrity of our profession and the trust that society places in us depends on the actions we take individually and collectively to ensure respect for our professional ethical standards.

Physicians for Human Rights (PHR) is a New York based advocacy organization that uses medicine and science to stop severe human rights violations and mass atrocities. To learn more: www.phr.org.