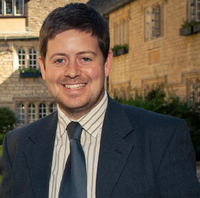 It’s early days, but 2015 is already shaping up to be another exciting year for researchers in genomics. In his State of the Union address last month, Barack Obama launched a new $215m Precision Medicine Initiative, which aims to collect genomic sequencing data for one million individuals. In the UK, we’re slightly further down this road: the pilot phase of the 100 000 Genomes Project is coming to an end, and full scale recruitment of patient samples begins today (2 February).

These projects will likely lead to major steps forward in genomics, creating the potential for personalised care in a variety of clinical areas. However, for these developments to have a lasting impact on population health, the general public must buy into them: public trust and confidence are crucial. Hence it is vital that these projects stimulate a wider public debate about the benefits offered by genomic technologies, and the challenges that we face when trying to translate these technologies into clinical practice in the NHS.

With this in mind, the 2015 Astellas Innovation Debate on 29 January could not have been better timed. The theme was “i-Genes: What the DNA and Data revolutions mean for our health,” and the four panellists (Baroness Helena Kennedy, Dr Leroy Hood, Professor Rolf A Stahel, and Professor Lionel Tarassenko) led an interesting debate in which participants considered the possibilities that new genetic insights offer for our health, reflected on the implications for health professionals, and contemplated whether we can afford the medicines that personalised healthcare would demand.

A variety of DNA and data led innovations in healthcare were mentioned during the debate, from smartphone apps that can monitor blood sugar levels, to genomic tests that guide warfarin dosing. In every case, there was a panellist or member of the audience who was very willing to describe the benefits to population health that could be realised if this intervention was adopted by the NHS.

Several interventions did seem to be genuinely beneficial, particularly those providing physiological data to patients with chronic diseases. Lionel Tarassenko described the case of a lady with chronic obstructive pulmonary disease who can measure her oxygen levels using a simple Bluetooth sensor; when her oxygen saturation level is above a certain level, she knows it is safe to leave the house and go about her usual activities.

However, as the debate progressed, a key theme emerged: these innovations will not prompt a revolution in healthcare unless the information that they provide is actionable. This is a particular problem in genomics. Given the scale of the 100 000 Genomes Project, it is quite likely that subgroups of cancer patients will be identified with similar combinations of genetic mutations.

However, as Rolf Stahel memorably stated during the debate: “If there are no outcomes, it’s just one for the birds.” If this information does not change patient management, there is little point expending time and money to acquire it. Furthermore, it is not even sufficient for information to be potentially actionable. We also need to understand how and when it will be used. For example, although genetic information can guide warfarin dosing, we know very little about how clinical practice actually changes in the presence of this information.

For some, these are the key obstacles: once we have established that a genomic intervention has clinical utility we can start to think about adopting it in the NHS. As Professor Sir John Burn (director, NHS England) said during the debate: “Provided this works, we will deploy it.” In reality, it is unlikely to be as straightforward as this. The final hurdle that all of these innovations will need to surmount is monetary: in the current financial climate, it is crucial that any actions taken based on this new information represent the best use of limited NHS resources. In short, the health economics have to stack up. At the moment, in genomics, it is not especially clear that this is the case.

Genomic testing in chronic lymphocytic leukaemia (CLL) illustrates this point quite neatly. Chemotherapy is usually offered to CLL patients with symptomatic disease, but 25% of patients with specific genetic mutations will not maintain a response to standard first line treatments (usually combination FCR therapy). Genomic tests (for example, targeted sequencing) can identify many of these patients, and such tests now cost less than £1000. So far, so good.

However, until recently there were few treatment options for patients identified as likely non-responders. In February 2014, this changed, as the US Food and Drug Administration approved a drug called Ibrutinib for CLL. Ibrutinib is a very promising treatment, but it comes at a cost: $91.11 per pill. With three pills required per day, and treatment continuing indefinitely (unlike conventional chemotherapy) this adds up to almost $100 000 a year.

Here we have a situation where we have actionable genomic information, but the cost of this action is far greater than the cost of collecting the information in the first place. This may or may not be a problem. To decide whether it is a good idea to give genomic tests to CLL patients, we need to balance the costs of the actions taken based on test results with the consequences, in terms of improved survival and quality of life. This should be a straightforward task for the National Institute for Health and Care Excellence (NICE).

Unfortunately, conducting economic evaluations in the area of genomics is fraught with difficulties. Conventional outcome measures, such as the QALY, are not always appropriate; data quality is often poor (RCTs may not be possible); and information on likely patient and clinician behaviour is rarely available.

The Cancer Drugs Fund (CDF) bypasses NICE, so may offer an alternative route into clinical practice for the expensive, targeted treatments recommended by genomic tests. Indeed, in the furore around the removal of various drugs from the CDF’s drugs list last month, it went largely unnoticed that Ibrutinib was added to the list. However, a backlash against the CDF is gathering pace, and this is unlikely to be a long term solution: there is a growing appreciation that funding expensive treatments for some on the NHS means less money for everybody else.

Genomic testing in CLL is just one example of a technology that provides actionable information, but with expensive consequences. Several other test-treatment combinations with similar profiles were also highlighted during the debate. This emphasis on actionable information was useful because it led to a comprehensive discussion of the benefits and challenges associated with these innovations.

However, several other topics were barely addressed, including the issues around the return of incidental findings, and the fact that patients do value tests that only provide non-actionable information (for example, on disease prognosis). Future debates in this area should also address these issues.

I left the Innovation Debate enthused about the potential impact of the DNA and data revolution on population health. However, there are many obstacles to overcome before these innovations can be successfully translated into the NHS.

Helena Kennedy and Rolf Stahel both stated that these interventions are unlikely to save time or money. I suspect that it will actually be reasonably straightforward to demonstrate that technologies which provide physiological data to patients with chronic illnesses are cost-effective. It will, however, be more difficult to make this case for genomic technologies. Health economists have an important part to play in this process, and we need to do a better job of accurately evaluating the costs and benefits associated with genomic technologies. Until we do so, the NHS is unlikely to realise the full benefits of this DNA and data revolution.

James Buchanan is a health economist at the Health Economics Research Centre, University of Oxford. His work focuses on how to evaluate the costs and benefits of genomic technologies in a variety of clinical areas, from learning disability to chronic lymphocytic leukaemia. He also runs the Health Economics and Genomics blog and can be found on Twitter @jbuchanan_ox.

Interested readers can watch the entire 2015 debate at http://www.innovationdebate.com/.