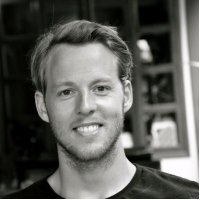 In India, the prevalence of overweight and obesity in children aged 5-19 stands at 22%. Tackling this substantial and growing epidemic requires a population level shift away from poor diets and sedentary activity. Such a shift will be more effective if individual lifestyle change is accompanied by upstream modifications that create healthy environments.

Sadly, aspirational advertising is omnipresent in India, and succeeds in creating an appetite for junk food. Household names from Bollywood and the cricket field are frequently employed to attach a sheen of glamour and success to cheap foodstuffs high in fat, sugar, or salt, and low in minerals and vitamins.

Several countries have moved to restrict children’s exposure to marketing on television, in print, and in new media formats, such as mobile advertising and interactive gaming. In India, while such regulation is still being debated, we are left with less stringent, non-binding corporate pledges, such as those drafted by the International Food and Beverage Alliance. They make no reference to the use of celebrities.

Fortunately, the culture of sponsorship can evolve. In my home country, the UK, you are unlikely to see a pop star or a professional athlete endorsing food with poor nutritional quality (although a study in 2009 does list some notable exceptions). In India, on the other hand, it is more difficult to find an A-lister who has not attached themselves to a junk food brand or product.

Sponsorship not only brings substantial financial reimbursement, it also builds a celebrity’s profile. One of India’s leading daily newspapers, the Times of India, operates a league table that measures celebrities and “the power they yield over the masses.” Points are awarded to those who have high visibility through brand endorsements.

India must turn this situation around if it is to reduce the burden on child health. The regulation of advertising to children is an important first step, but outside of the home it is difficult to ignore marketing’s omnipresence. Some call for a ban on celebrity endorsements in India, but in practice this would be almost impossible to implement. How would we define a celebrity?

Instead, civil society must shift the nation’s values away from the prevailing view that deified A-listers can do no wrong. Consumer rights groups, child health agencies, and the general public must aim their indignation squarely at those guilty of promoting unhealthy foods, especially foods aimed at children. With time, this should lead celebrities (and their public relations savvy agents) to see more worth in maintaining a more wholesome, moralistic set of values.

Equally, let’s exemplify celebrities who appear to understand the sway they have over young people. Actor Abhishek Bachchan recently claimed to have turned down a contract to sponsor an alcohol brand precisely because it would send the wrong messages to young people. He should be congratulated.

Children are rarely considered the best judges of their diet; and in India more and more are supplementing their diet with junk food, with dire health consequences. Celebrities can help denormalise these habits by not only stepping back from endorsements, but by advocating healthier behaviours instead.

Chris Baker is a public health researcher and tutor based in Mumbai, researching policy responses to lifestyle related conditions.

I have read and understood BMJ policy on declaration of interests and declare that I have no competing interests.