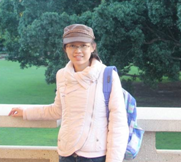 Recently, a notification was released by China’s National Health and Family Planning Commission and business supervision department announcing that the establishment of wholly foreign owned hospitals is allowed in seven provinces and municipalities, namely Beijing, Tianjin, Shanghai, Jiangsu, Fujian, Guangdong, and Hainan. The approval rights are decentralized to the provincial level. This bold move is a notable landmark in the opening of the medical service market.

This policy is based on the following background points; firstly, the healthcare industry works as an economic growth point in the persistently depressed Chinese economy. Next, foreign funded healthcare is in urgent need of expansion to satisfy the demands of well-to-do patients. And lastly, as China’s population is aging, the government needs to put more emphasis on the accessibility of the health system.

China is ranked second in the world medical service market, surpassing Japan since 2013 [1]. Moreover, its private hospitals, which own less of the market share now, have much brighter prospects. However, it still remains unclear as to whether the foreign owned hospitals will be successful in adapting to the local market, and whether international commercial insurance systems will be smoothly integrated into the hospitals. Therefore, these foreign owned medical institutions are confronted with both unprecedented opportunities and challenges in the opening up of China’s medical market.

Despite its great economic acceleration, China has always lagged behind in its healthcare and related industries. A recent blog about the experience of a patient from Hangzhou, China, seeking medical advice in the United States has attracted widespread attention. It vividly depicted a current trend among Chinese patients who are flooding into overseas markets, such as the United States, England, Japan, and so on. Why are overseas medical services so popular among Chinese people? The reasons mainly lie within the satisfactory quality of doctor-patient communication abroad (the poor quality of doctor-patient communication in China has very complicated roots, mainly related to the squeezed outpatient time and the crisis of confidence between doctors and patients); the comfortable medical environment; as well as the availability of advanced medical technology.

If the open medical market in China can be realized, then foreign owned hospitals close to home could eliminate the inconvenience of going overseas for medical care, thus meeting the needs of China’s wealthy and elite patients. Besides this, the adoption of foreign medical management, including evidence based medicine and cutting edge technology, will greatly promote China’s healthcare development.

China is determined to expand its healthcare service sector to an 8 trillion yuan (1.3 trillion US dollars) business by 2020. Based on recent survey data, the beds of private hospitals only account for 15.6% of the total amount, while public ones are more than overcrowded. There is no denying that China’s healthcare industry will offer great opportunity for foreign funded medical institutions.

However, the establishment of foreign owned hospitals is still in the infant state, and will have to face potential challenges from hospitals themselves, patients, and doctors.

For foreign funded hospitals, it remains to be seen whether they can adapt to the local medical market in China, breaking down the barriers of its legal regulations, along with alternative management concepts and cultural differences. In the meantime, the policy risk of whether the commercial insurance system will be put into practice still remains high. The cooperation between a single insurance company and medical institution will greatly increase the medical cost, and the integration between the two is difficult to accomplish without the support of the government.

For patients, the biggest issue is: can they afford the extremely high medical costs in the foreign funded medical service? It largely depends on the integration of commercial insurance and, furthermore, the successful integration plays a crucial role in the entrance of the foreign owned hospitals. In addition, the differences in language and consultation habit are potential obstacles for this initiative.

For doctors, as is stipulated by the regulations for short term, foreign medical practitioners in China, the valid term for registration is less than one year. Apart from this restriction for foreign doctors, another challenge is to recruit Chinese doctors—the success of which will largely depend on how attractive the offered compensations are. Also, will they willingly break away from the traditional system and completely embrace the market? Things may not be that easy.

The opening of China’s medical market to foreign owned hospitals faces both opportunities and challenges. Despite numerous obstacles, the timely opening of the medical market serves as a vital signal from  the Chinese government to lower the policy barriers and encourage foreign investment in China’s healthcare industry.

I have read and understood BMJ policy on declaration of interests and declare that I have no competing interests.