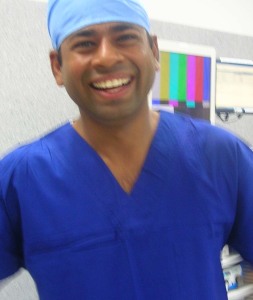 Recently, the medical fraternity of India has been in the spotlight on various accounts. While the highest court of the country proclaimed that medical professionals were “agents of god,” and that they should not engage in striking; another high court in the country informed and “ruled” that “all of us have suffered at the hands of doctors.”

And then there was this heartrending story of how botched up sterilization procedures led to the deaths of 13 women, all of whom were operated upon by one single doctor, who has been dubbed “Dr Death” by the media.

Each of the incidents had elements of wrongdoing by one or by a few healthcare professionals, and there could be no doubt that the people affected and the general public would all be angry. This justified anger is usually directed to the person at the front of the queue in what is a line of systemic failures. On a personal front, my heart goes out to those innocent victims of this last tragedy. However, I feel that if we want to ensure that these mistakes do not get repeated, we all must become a part of the solution, rather than part of endless, television rating point boosting, debates.

Coming to the story on botched up sterilization operations by “Dr Death,” while half knowledge is a dangerous thing and I would not like to comment on what is still unknown about the incident, there is food for thought here. As a surgeon who works in and with a team, I think that failures like this are usually failures of a system and not a person. Honesty and the ability to accept a mistake is a cornerstone of making things right. It is thus important that we look for shortcomings beyond what is obvious. And it is also time for introspection from the entire medical fraternity—not just for ourselves, but for the flawed system that gives rise to these tragedies.

To me, the medical fraternity in India is at a crossroads: for while I think that it is the most exciting time to be in India, it is also the most challenging profession to be in right now. India’s healthcare expenditure as a percentage of gross domestic product is lower than sub-Saharan Africa. And the “all enterprising private sector” that our prime minister eloquently speaks about is stifled as far as health industry is considered.

Paradoxically, we are perhaps one of the most capitalist of all countries as far as the delivery of healthcare to the end user is concerned. Even the torchbearer of capitalism in the world (the United States) has ObamaCare, and we are years away from achieving government commitments on clean water; sanitation; and preventable conditions, such as road accidents, dengue fever, and malaria. Furthermore, the most shocking health statistics, such as the number of road accidents and diarrhea deaths, are rarely discussed by the media.

And yet, despite all of this, the health sector is one of the major areas stimulating economic growth and employment in India. The sector is also one of the few in which our people are known for innovating and thinking outside of the box, and succeeding in some of the toughest conditions.

The problem here is that we have the best and the worst coexisting just across the road. On the one hand, we have cutting edge stem cell, robotics, and next generation surgery; on the other hand, we have people dying unattended on the roads, diarrhea, and communicable disease wiping off a part of our younger generation. The culprit or the hero is not the end service doctor providing care, but the healthcare system and its processes, which do not guarantee uniformity or commit to minimum standards of operation.

As someone who has worked abroad in four different continents, I can say that I am back in the country because of my strong personal, family ties; my nationalistic attitude; and also, to a degree, because of my “adventurous” spirit. Many of the most talented people may not have the same compulsions though, and India is at risk of continuing to lose good people. My plea therefore is to let us become a part of the solution and not the problem. Let us all be rational before being sensational.

Vaibhav Bagaria is a joint replacement and sports surgeon working in Nagpur, India.