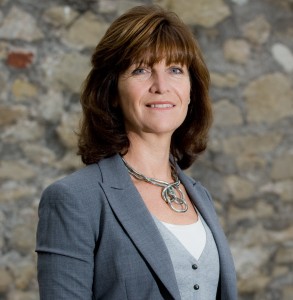 We know that we are in the middle of an obesity epidemic—and we know it is really difficult to treat. But it’s nigh on impossible to treat if we don’t identify it properly in the first place.

Recent research shows that many of us don’t really know, or admit to knowing, how obese we really are. Think that’s worrying? It turns out that doctors and other healthcare professionals don’t spot the problem either.

According to this population survey of around 2000 adults, only 11% of obese women accurately acknowledged that they were “obese,” with most describing themselves as “very overweight” or “just right.” Men were even less clued up. This wasn’t just because they didn’t want to use the term “obese,” which may be considered derogatory outside medical practice. The researchers also asked people whether they felt they were “very overweight” and the majority of those who were obese did not accept this term either.

Researchers suggest that as bigger sizes become the new “normal,” people are less likely to recognise the health problems associated with their weight or respond to health messages directed at them. This will substantially reduce the impact of media coverage and public health campaigns aimed at improving public awareness of obesity risks.

Further studies have found that parents underestimate the weight of their children, which may contribute to the problem. How can our children realise that being overweight isn’t good, when their parents don’t seem to notice and don’t seek help?

Why are we failing to appreciate the size of the problem? With two thirds of us now overweight, it is becoming more normal to be overweight than a so-called “normal weight.” It is very difficult to see yourself as overweight when most of your family and friends weigh the same, if not more. Apparently, half of overweight men and a third of overweight women don’t perceive it as a concern.

It is very hard too to see your weight as an issue when shops are increasing their clothes sizes, so that you still fit a woman’s size 14 even though you are a stone heavier than you used to be. The average waistband of a size 10 pair of trousers was 24 inches in 1975, now a size 10 has a 28 inch waistband (that would have been a size 14 back then).

So, perhaps we, as healthcare professionals, should be a little less backward in coming forward and broaching this sensitive subject more often. Well, not if we don’t recognise the problem either.

Another study found that the majority of people—including healthcare professionals—are unable to visually identify whether a person is a healthy weight or not.

Even those professionals at the frontline were unable to gauge obesity, as found in a related study of GPs [1]— a serious issue as they may not therefore be offering support and advice when needed.

The researchers also found that exposure to heavier body weights may influence what people see as a normal and healthy weight, causing people to underestimate a person’s weight. That explains why I, as a weight loss surgeon, regard someone with a BMI of 35 as relatively slim. It is a serious issue though: as obesity becomes the norm, our perceptions shift and what we regard as an acceptable weight will continue to rise.

As healthcare professionals therefore, we need to understand that our perceptions of “normal weight” are changing and take steps to re-align them. We need to be more aware of the risks facing our patients owing to their weight and be vigilant in identifying obesity for their sakes. We also need to be more proactive in raising these sensitive issues with them, to ensure that they are aware they are not a healthy weight, even if they are now part of the overweight “norm.” Only when we, and they, have appreciated that there is a problem, do we stand any chance of trying to tackle it.

[1] The changing face of obesity: exposure to and acceptance of obesity. Robinson, E and Christiansen, P. Obesity. In Press.

Sally Norton is an NHS consultant, specialising in weight loss and upper gastrointestinal surgery, on a crusade to put herself out of work by promoting healthier behaviour.

I have read and understood BMJ policy on declaration of interests and declare the following interests: