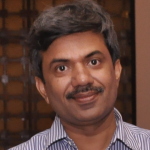 Lessons from the Bilaspur sterilization camp

The recent deaths of 13 women in India operated on at a sterilization camp in Bilaspur, Chhattisgarh, has thrown up urgent questions on the delivery of these services. As doctors observing health systems for the poor from close quarters in Bilaspur for the last fifteen years, we are convinced this was a tragedy waiting to happen. It is a collective failure of our society as a whole to see the stark inequity that erodes the health system, which these poor women have had to pay for with their lives. 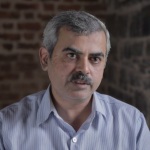 day. Between procedures it was cleaned by dipping into a bowl of iodine-tinged water, wiped dry, and used in the next woman. Through meticulously arranged duties of the staff, the surgeon could maintain a speed of performing each procedure within one minute. Eighty-three surgeries took a little over 90 minutes. None of the staff changed gloves between each one. The needles and syringes were reused. After being handed an incentive of Rs. 600 (US$10) and 10 tablets each of an antibiotic and an analgesic, the women went back to their villages. Preliminary investigations also suggest the antibiotics were laced with toxins, and are likely to have caused these deaths. Apparently, all regulations that should guide procurement of these drugs by the state were flouted.

This was not an unusual day. It was just another sterilization camp in rural India, meant for poor women. These surgeries are done at a mass level ostensibly to fulfil the large unmet need of people as well as the planned targets of India’s family planning program.

The inequity in the way the poor are treated finds resonance first in the technical basis of health policy and thereafter, in the way policy is put into practice. A policy that accepts camps as satisfactory for performing surgical procedures like tubal ligation trivializes and violates any sanctity that surgeries deserve.

Can anyone justify doing elective surgical procedures outside functioning hospitals, except at a war front? If these women had been kept under the observation of trained staff in a hospital after the surgery, early symptoms of sickness may have been detected and possibly some deaths averted.

Further, given the numbers and speed these camps demand, it is impossible to provide basic surgical antiseptic measures, or dignity to people. The response of the state in the aftermath of the incident is also questionable. The beleaguered state health department instructed that sick patients are transferred to a corporate hospital rather than offering to provide care through the public hospital. This leaves the rank and file of public providers demoralised.

At the community level, the kneejerk reaction to confiscate all publicly provided drugs from community health workers has created a sense of insecurity. The hard-earned trust of the community in health workers, attendance at public hospitals, and use of government supplied generic drugs has taken a beating. Healthcare for the poor, who largely rely on the public system, is further jeopardized.

This is a time to pause, think, and improve public health services. Only effective public systems can provide care to the poor in this unequal world. Privatizing health services further is not the way. This tragedy must lead us to rebuild the public health system rather than disband it, and have equity underpin it – not merely in accessibility or cost, but also in quality.