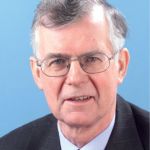 Serious students of sex, from Krafft-Ebing onwards, have not always had an easy time, possibly because some of them were distinctly odd. A new exhibition at the Wellcome Collection in London, The Institute of Sexology, explores the world of those brave pioneers through documents, photographs, letters, films, and objects that trace the gradual unveiling of sexual behaviour by science.

In a neighbouring cabinet are several Tijuana Bibles, the name given to pocket sized comic books sold for a dollar or so in 1930s America, and containing obscene parodies of the popular comic strips of the day. The false notion that they had been created in Tijuana, Mexico, added an extra thrill to their already stimulating contents. There is even a proto-vibrator from around the same period, advertised as easing muscular pain and possibly even used by some of its buyers for this purpose.

But at the heart of the exhibition are the sexual explorers, from Magnus Hirschfeld to Masters and Johnson. Hirschfeld set up his Institut for Sexualwissenshaft in a villa close to the Reichstag in Berlin in 1919, exploiting the liberal mores of Weimar Germany, only to see it looted by the Nazis in 1933.

The torch passed to Alfred Kinsey, who in the 1940s advertised for volunteers—“men, women, all ages, blacks, whites, homosexuals, heterosexuals”—giving them a San Francisco number to ring and displaying a magnificent disregard for sampling rigour. A photograph from 1949 shows him lecturing to 9000 rapt listeners in a basketball stadium at the University of California, Berkeley.

Kinsey, bow-tied and serious as he notes down the sexual history of a 30s-some blonde in glasses (350 questions to answer and more if the volunteers provided anything unusual), was the straight man to Wilhelm Reich, who believed that encasing oneself in a cosy metal lined box liberated sexual energy. There is such an “orgone accumulator” at the exhibition, from which at the press view I emerged after brief incarceration without any noticeable increase in libidinous energy.

Compared to these exotic blooms, the British pioneers of sexual exploration seem rather cottage garden. But it is hard to exaggerate the impact of Marie Stopes, whose book Married Love was truly liberating. The exhibition includes some of the touching anonymous letters she received in sackloads and a poster advertising a silent film made from her book, which—thanks to the admonitions of the Home Office—was retitled Maisie’s Marriage. There is a magnificent photograph of the lesbians Radclyffe Hall, author of The Well of Loneliness, and her lover Lady Una Troubridge, carrying two dachshunds whose demeanour is a lot more cheerful than their owners’.

And so to Masters and Johnson, the sexual double act of our age, and their tireless pursuit of measurement—heart rate, lubrication, blood pressure, brain activity, organ size—during intercourse and orgasm. This tells us all we need to know about sex and, at the same time, nothing.

The exhibition opens in a new space created in a £17.5 million development of the Wellcome Collection, and will remain there for a year, refreshed from time to time and accompanied by a series of events, such as Cruising for Art, “an exploration of alternative cruising practices,” and a lecture on Freud. The gallery is rather dark, which makes a visit to The Institute of Sexology feel damp and furtive—crouching to read the informative captions could so easily be mistaken for an unhealthy interest in the exhibits.

But there is nothing here to raise a maiden’s blush or to attract the dirty mac brigade, if it hasn’t already been demobilised. It is all quite serious minded, a Whig view of sexual history that assumes a steady progression towards enlightenment. It is also intermittently very funny, though this may not be deliberate.

Nigel Hawkes is a freelance journalist.