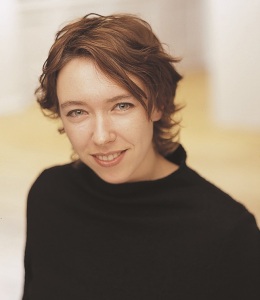 Transparency is a much used word in the new NHS. It is the key to safer care, says Jeremy Hunt, and the most important innovation in health, according to NHS England director for patients and information, Tim Kelsey. His boss, Simon Stevens, claims that NHS England has “set new standards for openness and transparency in all of its operations.”

For these words to be meaningful, NHS England needs to get the basics right. At the moment it is not.

NHS England does not currently make public how it spends its money. Unlike every other government body, it has never, in its two year history, published what other agencies do as a matter of routine. That is, publish on a monthly basis all their spending over £25 000.

This was a transparency measure brought in in May 2010 to allow taxpayers to become “armchair auditors” and hold the government to account for how it spends our money. Other NHS bodies—such as the regulator Monitor, Public Health England, hospital trusts, and some local commissioning groups, as well as the Department of Health—regularly publish their receipts to show us where the money is going.

We know that roughly two thirds of NHS England’s £95 billion budget goes to local groups to buy care, with the rest spent centrally on mainly specialised and primary care services. But what about NHS England’s spend on lawyers, accountants, or PR? How much is going to firms that have strong political ties? How much are the management consultants getting? The spending data would make this information public.

When I questioned NHS England about the anomaly, it said it would publish the data in September; then by the end of October. With bonfire night now behind us, there is still no sign. Are they kicking the can down the road?

Warnings about the NHS’s dire financial situation are now common. We hear of hospitals facing bankruptcy, services being rationed, and the need for massive savings to be made if the NHS is to survive. Just this week, health minister Norman Lamb raised the prospect of the NHS “crashing” if it didn’t get an injection of funds soon.

But first, we need to see that the stewards of the NHS budget are spending what they have with care and where it matters.

A petition has now been launched (by Spinwatch on 38Degrees) that asks NHS England to publish its spending over £25 000 without delay. You can sign it here: https://you.38degrees.org.uk/petitions/nhs-england-how-are-you-spending-our-money?bucket=spin

Tamasin Cave is a director of Spinwatch and leads the Alliance for Lobbying Transparency campaign. She is co-author, with Andy Rowell, of A Quiet Word: Lobbying, Crony Capitalism and Broken Politics in Britain (Bodley Head, 2014).

Declaration of Interests:
Spinwatch is a project of Public Interest Investigations, a not for profit company funded mainly through grants. A full list of funders is available on our website. Funding for the campaign for lobbying transparency has primarily come from The Joseph Rowntree Charitable Trust.