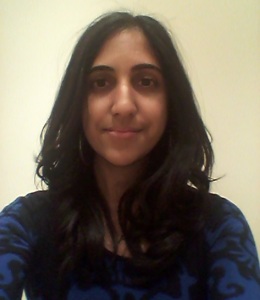 Open Access Week, a global event now entering its eighth year and running from 20-6 October, is an opportunity for the academic and research community to continue to learn about the potential benefits of open access, to share what they’ve learned with colleagues, and to inspire wider participation in helping to make open access a new norm in scholarship and research.

BMJ Open takes a closer look at this year’s theme as announced by the Scholarly Publishing and Academic Resources Coalition (SPARC): “Generation Open.” As explained by SPARC, this theme represents the role of the next generation of open access advocates, and also what impact any changes within scholarly publishing may have upon the careers of scholars and researchers.

So why do we still need an annual Open Access Week? For a long time, establishing the rules and even the definition of open access remained an absolute necessity. The radical departure from traditional publishing models meant that early open access advocates had to face legitimate questions over the funding and sustainability of this business model, and address the possibility of its misuse (for example, in so called “vanity publishing”). Such questions do, to a point, remain. Educating the publishing community about open access, however, has led to so much support that ideas—including Open Access Week and the Open Access Button—were able to flourish and garner a substantial following of their own, enabling future generations to better inform others and build upon these foundations. In fact, the team behind the simple genius of the Open Access Button, which allows users unable to access a research article because of a paywall to report this, are/were largely students—how’s about that for “Generation Open?”

At BMJ Open, we welcome submissions from students as well as more established authors. We fully support Open Access Week, and as such we’ve created a special landing page with some of our most read open access content. We are also offering a 15% discount on article publishing charges on all our fully open and hybrid titles between 20 October and 20 November.

Similarly, the shift by many publishers to open access continues unabated; with hundreds of open access journals launched every year by several global publishers offering gold, green, and hybrid open access options. Importantly, can and will government and institutional policy reflect this to also benefit future researchers who wish to make their work fully accessible?

Well, policies introduced within the last few years are on their side. Relatively recent open access mandates from organisations—such as Research Councils UK (with grant funding for gold open access) and the US government (with mandated deposition in public repositories, i.e. green open access)—will no doubt be continually revised, or perhaps even superseded to accommodate the needs of funders, researchers, and publishers.

So, as we enter Open Access Week, what will the future hold for open access? Will the benefits still need espousing? Will we even need “advocates,” or will the foundations of the movement be so ingrained upon future researchers that the days of defending open access will be reduced to just memories of a different era? Given initial (and, arguably, continuing) scepticism, the fact that we are looking to the next generation of scholars to steer the open access movement forward is an achievement in itself. The future milestones they will reach and the innovations they will deliver have not been determined yet. Maybe the foundations will be laid at this year’s Open Access Week, but we wait with anticipation for where the next generation of open access leaders will take us.

And we will be ready to support them.

Competing interests: I receive a salary from BMJ Open.