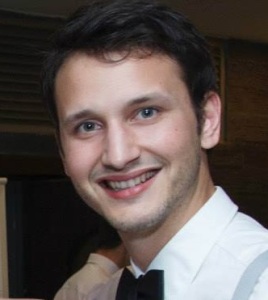 Our story begins on a warm humid day in a rural village in Andhra Pradesh, India. Our team of six doctors, nurses, and medical students arrived with a mobile health bus to run a community clinic. As the patients rolled in and out of the clinic at a remarkably quick pace, I remember one patient* that immediately struck me. Her complaints of fatigue and weight loss with increased susceptibility to infections alarmed me. A brief physical showed diffuse swelling of her lymph nodes. With the help of a healthcare worker from Operation Mercy India Foundation, I was able to sit with this patient for an extended interview. Her story immediately gripped me.

Her story has since been published as a BMJ Case Report, which points to the wider implications of her case, but for now I shall just lay out her narrative. Before reading further, imagine that this patient is your patient. I want you to experience her life and to think about what our response to her story should be.

“The patient is a woman from a small village in the state of Andhra Pradesh, India. She remembers playing in a field as a 7 year old girl when her father came to her and said that she was to become a Jogini [a girl who is dedicated to the service of a temple or deity]. The entire village attended her dedication ceremony. It seemed as if people were celebrating her and what she would become. She herself did not understand what was going on. All she knew was that her parents said that she was now a Jogini and she always obeyed her parents.

The patient never attended school. At menstruation, she awoke to a startling reality as she had her first sexual encounter in her parent’s home. Jogini have attendant sexual responsibilities. Although the sex was brutal, it was not necessarily immoral to her. It was all she knew. She began her life of working in the fields, begging, and going to the temple. Every Monday, Wednesday, Friday, Saturday, and Sunday she would work hard in the fields. If men harassed her while she was working in the fields or walking home she was obliged to comply. Every Tuesday and Thursday she would go house to house to beg. If men came to her parent’s home at night when her work was done or early in the morning before she went to work in the fields, again, she had sex with them. By the time she was 13 she was pregnant, and at 14 she had a son. She has no idea who her son’s father is because most of the men of the village have used her for sex.

She gave birth to her son at home. She did not take advantage of the government subsidy to have her child in the hospital because she had no idea that it existed. She was illiterate and did not know her rights.

In her 20s the patient remembers that she began to get sick more often, and, as she approached 30, she started to become very weak. Last year the Operation Mercy India Foundation Anti-Human Trafficking Unit (OMIF AHTU) team in her village started working with her to help her leave her life as a Jogini. The process was not easy. How could she change the only life she understood when everyone in the village knew that she was a Jogini? OMIF AHTU advocated for her to the government, and helped her to understand her rights to a pension and a home as legal entitlements of all former Jogini. They also brought her to the regional hospital where she learned that she was HIV positive.”

Speaking to the patient and hearing her story broke my heart. As physicians, or in my case a future physician, I believe that we are uniquely placed to examine the social determinants of health and advocate for social justice. The ethical problem is what first struck me after speaking to the patient. How can anyone accept this as status quo? But after doing some more research, I found that there have been many attempts to stop the practice of Jogini. There were laws passed in the 1980s that made it illegal to dedicate a Jogini. However, there has only been one conviction. Laws have been endorsed but not enforced, and they were not sufficient to cause real action. Most Indians agree that what happens to the Jogini is injustice. But it is too often the case with human nature that we don’t provide for others’ necessities, for their basic human rights, unless we find that it is costly to do nothing.

So I decided to examine how costly the structural violence that forces young girls into the Jogini system is. What I found is startling. Jogini is the name for a female sexually exploited temple attendant and is used interchangeably with Devadasi in the state of Andhra Pradesh, India. There are 150 000 Devadasi (Jogini). Compared to other female sex workers, they are the youngest (by six years), see 2.6 more clients per week, and have a two times higher HIV prevalence (p< 0.001). They are also 10 times more likely to die from AIDS each year than the average woman in India is to die from any cause. Furthermore, districts with a high prevalence of Jogini have five times the prevalence of HIV. The case history of this patient is unfortunately typical of the Jogini and sheds light on a potentially disastrous public health problem in rural South India.

Joseph Borick is a MD Candidate for the class of 2016 from the Medical School for International Health, Ben Gurion University of the Negev, Beer Sheva, Israel.