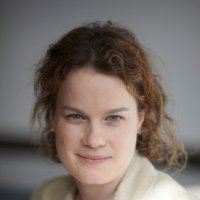 You’d expect an academic researching the influence of TV and games on children’s development to be presenting some data about violent games as causative factors in school shootings. But Sandra Calvert, a professor of psychology and director of the Children’s Digital Media Center, is talking about the role of characters—especially online characters in interactive educational games—in children’s learning.

Elmo is better at teaching young American children math(s) than his (almost identical, but unfamiliar) Taiwanese equivalent. Because they know and love him, presumably. This love is part of a parasocial relationship (the type we have with fictional characters—you know, like celebrities. This stuff isn’t just for kids).

At BMJ Learning, our users consistently tell us that the thing they like most about the modules, and the thing they want more of, is case studies. There are few fundamental tenets of education theory. One is that we all have different preferred modes of learning, but another is that we all like to engage with characters (cases) and stories (studies).

At this conference, the focus is on education technologies for school ages (K-12)—so the speaker used the example of “we all remember that one teacher, right?” to give us context for our thoughts about characters. But for healthcare professionals, it is “that one patient.” There are probably hundreds of them: those we’ve failed, those we’ve helped, those we just liked (or disliked). But they’ve all taught us. And the best “official” medical teachers are those who taught us to learn from our patients.

Helen Morant is BMJ Learning’s clinical education specialist in North America, based in Washington, DC. She was attending the Atlantic’s Technologies in Education forum #ATLTechinEd on Sept 11 2014.