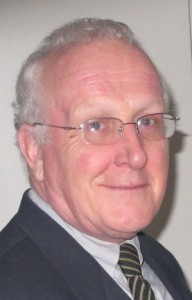 In the UK, the Department of Health is the “parent,” or sponsoring department, for the Medicines and Healthcare Products Regulatory Agency (MHRA). That seems reasonable. It would be surprising if the Department for Business, Innovation and Skills (BIS) were given the job, and yet something like this has just happened in the new European Commission announced today.

Historically, the European Medicines Agency came under the aegis of the Commission’s directorate general for enterprise, which was also responsible for promoting industry, including the pharmaceutical industry. Five years ago, in a reform that was widely welcomed, the Commission transferred the units dealing with medicines and medical devices from DG Enterprise to DG Sanco, the health directorate. Today, Mr Juncker, the president-designate of the new Commission, announced that these units would be transferred back to DG Enterprise.

The new Commission is due to take over in November, and from then DG Enterprise will be responsible for promoting the European pharmaceutical industry and for Commission policy on medicines and medical devices. Other DGs will have a say, of course, but DG Enterprise will take the lead and will be the main interlocutor with the industry on medicines and medical devices.

This was how the change was announced:

There must be great rejoicing in the medicines, medical devices, and health technology industries today. They all have great influence across a wide range of government departments but, how shall I put it, rather more influence on industry departments.

The official announcement of the new team of Commissioners can be read here.

The commissioner-designate for DG Entr, or for Internal Market, Industry, Entrepreneurship and SMEs, to give her full title, is Elzbieta Bienkowska, a former deputy prime minister of Poland.

The Commissioner–designate for Health and Food Safety is Vytenis Andriukaitis, a former minister for health in Lithuania—and a surgeon. I assume he knows a lot about medicines, but he will not have that responsibility in the Commission.

Jim Murray is a former director of BEUC—the European Consumers Organisation—having previously been the first director of consumer affairs and fair trade in Ireland. He writes here in a personal capacity. During his time with BEUC, he was a founder and one time president of the Transatlantic Consumer Dialogue. Currently, he is a member of the European Commission’s high level group on administrative burdens, and president of the European Foundation for Financial Inclusion.