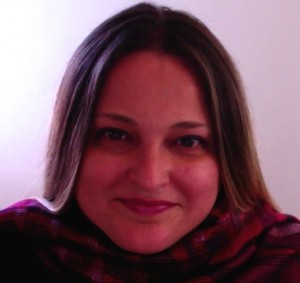 Mark Clarfield, an Israeli doctor, writes to his imagined Palestinian colleague. Izzeldin Abuelaish, a real Palestinian doctor living in Canada, writes back. As both yearn for peace, and attempt to show much professional and human compassion, the views expressed about the conflict that is ruling both their children’s lives seem somewhat elusive. Still, a recurring theme in these letters, as well as in the rapid responses, is hatred.

Having lived through the bloodshed that followed the break up of Yugoslavia, I wholeheartedly support the examination of hatred as a prerequisite of armed conflict. Right now, there is nothing more to want for Israel and Gaza than for the shelling to stop, and remain stopped. In my country, Croatia, the shelling stopped nearly 20 years ago. The war, it seems, still hasn’t ended though, as the battle continues in international courts.

Mind blowing spins accompany the interpretations of what happened in the 1990s: why the war started, how it ended, and what should be done to restore the well being that is still sparse in most of what used to be this unfortunate experiment country of South Slavs. Armed prevention of genocide, the first in history, has been dubbed genocide itself. One of the international courts has put this to right, in part, by clearing Croatian generals of monstrous accusations that defied common sense, and which put a thorn in the hearts of many Croats.

Some may not agree with this interpretation. But, meanwhile, our children are learning different histories that simply can’t all be true. This is likely to breed hatred, but hatred founded largely on lies and fed by interests that have nothing to do with humanism, love of others, or even respect for those who are somehow different from us. I for one think doctors should care about this. However, when I recently shared concern over this with a colleague from another EU country, the response was a shoulder shrug, “Yeah, so what?”

Every war is different, but perhaps also similar in some ways. Marloes De Vries raises another essential part of the puzzle: we are being misinformed. I have waged quite a few spirited discussions and perhaps lost a friend over Croats’ falsified anti-semitic reputation. Some Croatian Jews paint a different picture though. Decades after World War II ended, Dr Esther Gitman found that Croats and the Catholic Church in Croatia may have done more than many other European nations to save their Jewish neighbours from the holocaust. Professor Slobodan Lang has done much to restore the reputation of Croats, as well as to help prevent genocide in the 1990s. He challenges us all to goodness.

Goodness is around though, like in Richard Lehman’s ever brilliant journal review blog. In his latest, catch up on everything worth knowing about that has just been published in the big five, spiced up with info on what the author did with a testing kit sent to him recently by the NHS. Learn also why the new “The” that has been added to the journal’s name may stand for Transatlantic Health Esoterica.