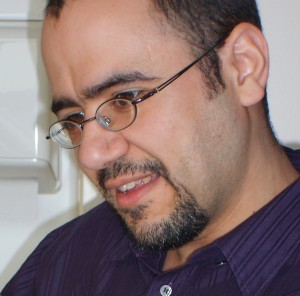 I live at the top of a hill. One winter it snowed after a hard frost, just a thin layer of snow on top of the existing ice. The morning after the snowfall, I jumped into my car, put the radio on, and was into second gear before I knew what I was doing.

Better check the brakes, I thought. They didn’t work. I tried dabbing them, pumping them, squeezing them, praying for them, but quickly realised that I had picked up too much momentum and was simply sliding down the hill. I managed to somehow avoid the haphazardly parked cars and slithered towards the T-junction at the bottom of our road. It all happened in slow motion, either because time was playing a trick on me, or because I was actually just gently sliding.

Luckily, I was the only person mad enough to be driving on the snow that early in the morning. I hit a telegraph pole with enough speed to cause thousands of pounds worth of damage to a small car. At least I hadn’t ended up in someone’s living room . . .

Working as a GP in the NHS at the moment feels like being back in that car, slowly sliding towards the inevitable. Underneath are the slippery, hateful attacks on general practice by the media, sometimes fed by calculated leaks from the UK government. These lay upon the hard, frosty attitude towards a workforce that the public has been taught to view as lazy, greedy, and ungrateful for a salary that’s around four times the average person’s.

The momentum that pushes the whole thing down is the increasing bureaucratic workload of quality standards, health and safety inspections, local enhanced schemes, local incentive schemes, clinical commissioning group incentives, pressures to federate, incentives to become providers—all topped off with a general public that sometimes seems unaware the NHS is there to meets its needs and not its whims. A society that seems unable to self care for minor illness, to prioritise the need for reassurance, and that is quick to criticise and take legal action.

I feel like I am heading downhill to one of a number of scenarios: the fragmentation of the NHS (a crash into the telegraph pole). I’d survive, but general practice would never quite be the same again. Or being hit at the junction by the juggernauts of private providers, who’ve been waiting just around the corner. It seems like it’s too late to wait for warmer weather to thaw the atmosphere and, as the brakes aren’t working and you can’t put snow chains on a moving vehicle, maybe it is time for the politically unthinkable: a new vehicle to deliver healthcare?

As I stagger from the crash, I hear a politician on his megaphone: “See! We put them in the driving seat of the NHS and it all went wrong. It’s their fault!”

Samir Dawlatly is a GP partner at Jiggins Lane Surgery in Birmingham. He combines clinical practice with being a part time house husband and an interest in social media, as well as publishing poems, essays, and blogs.

I have read and understood the BMJ policy on declaration of interests and declare the following interests: secretary of the Royal College of General Practitioners (RCGP) Adolescent Health Group, and a member of the RCGP online working group on overdiagnoisis.