In Spain we are beginning to attend to a growing number of suspected cases of chikungunya—a disease most of us have never faced before—among patients coming from the Caribbean region. Chikungunya (a Makonde word for “that which bends up”) is a viral disease transmitted by mosquitoes of the Aedes Aegypti and Aedes Albopictus (tiger mosquito) variety. The disease causes fever and severe joint pain for several days. It is usually self-limiting, but it can cause severe chronic ocular, neurological, cardiac, or gastrointestinal complications. 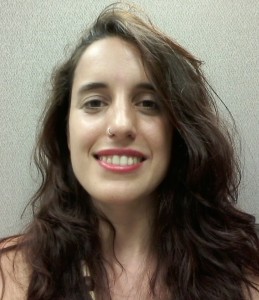 It can be distinguished from dengue, which has similar symptoms and the same mode of transmission, because in people affected by chikungunya, the pain is much more intense and it is localised in the joints and tendons. Currently, there is no cure or any prophylactic therapy, so treatment focuses on improving symptoms with analgesics and antipyretics.

Since 2004, this disease has acquired epidemic proportions, with a substantial burden that includes direct and indirect socioeconomic costs. Although it is native to Africa and Asia—where in recent decades there have been millions of cases—the first autochthonous outbreak was reported and controlled in Europe (Italy) in 2007, a second occurred in France in 2010, and it spread to the Americas in 2013.

In the Americas region, since the first case was reported in December 2013 on the island of St. Martin, transmission has been confirmed in 32 subregional territories in North America, South America, Central America, and the Caribbean. According to the latest epidemiological report from the Pan American Health Organization/World Health Organization (PAHO/WHO), by 15 August 2014 suspected cases in the whole region amounted to 580 526 and confirmed cases to 5272, with an incidence rate of 65.0 cases for every 100 000 persons at risk, and with the disease having contributed to 37 deaths.

The Dominican Republic is one of the countries most affected by the epidemic. The country’s General Directorate of Epidemiology (Dirección General de Epidemiología, DIGEPI) provides updated data on reported cases. However, with the aim of investigating under-reporting, clinical and epidemiological surveys are also being conducted in the capital city of Santo Domingo. The last one estimated that 58% of metro users had suffered the symptoms of the disease and that 4% required hospitalisation. This would indicate that about 1.9 million people may have been affected. Work and school absenteeism are one of the fallout problems, but it is also important to think about the potentially disastrous consequences in other productive systems, such as tourism.

During the last few months, there have been instances of Spanish residents originally from the Dominican Republic or other Caribbean countries, coming back to Spain from vacations to their native countries with prolonged fever and other symptoms, which suggest chikungunya. It is also happening with Spanish tourists who visit these areas.

According to data from the health department of the autonomous community of Madrid, a total of 104 cases—all of them imported—had been reported in Spain by July 2014. Forty of these cases were in Madrid, which has a migrant population of 14%—higher than the national average of around 11%. And 43 cases were in areas where the tiger mosquito is present (40 in Catalonia, two in Valencia, and one in the Balearic Islands). Most of the patients (85 of 104) had travelled to the Dominican Republic.

The Spanish Ministry of Health, Social Services, and Equality provides certain information on the disease, but weekly updates are lacking since chikungunya is not yet included in the list of notifiable diseases, something that is due to happen shortly. Although regional health departments—such as those of Madrid, Catalonia, Asturias, or Murcia—have issued warnings about the disease, many doctors are still unaware of its existence.

In Catalonia, health authorities are not only worried because of the number of cases, but also because the tiger mosquito is endemic and abundant in many localities there, which could lead to autochthonous transmission. Therefore, an epidemiological alert has been launched in several districts of Barcelona and Gerona. In fact, since the tiger mosquito first settled in Spain in 2004, it has been progressively spreading to other regions of the Mediterranean coast, including the Balearic Islands, so it doesn’t seem like the problem is going to diminish.

A similar situation is occurring in other European countries. According to the European Center for Disease Control (ECDC), from 2008-2012 473 imported cases of chikungunya were reported in France, Italy, Spain, and the Netherlands. Several European regions, mainly in Mediterranean coastal areas, are susceptible to the transmission of the virus owing to the presence of mosquitoes and the favourable conditions of the climate. Madeira (Portugal) is “particularly vulnerable,” says the ECDC, which has just released some guidelines for the surveillance of invasive mosquitoes in Europe.

It’s important to reinforce control measures—as well as the notification and confirmation of cases—if we want to avoid the spread of the virus into the European continent. Awareness must be raised, and personal protection against mosquito bites must be recommended to travelers visiting affected areas.

At this time of year, when mobility between countries is even more accelerated, we are focusing efforts and media attention on high mortality diseases, such as Ebola, even though its transmission potential in Europe is far more difficult if adequate control measures are established. However, we must not forget the potential impact of vector-borne diseases, like chikungunya, being introduced into our environment.

Laura Reques Sastre is a resident doctor of preventive medicine and public health at the Instituto de Salud Carlos III in Madrid, Spain. She is currently doing an internship at the Pan American Health Organization/World Health Organization (PAHO/WHO) in Washington D.C.

Aser García Rada is a paediatrician who currently works at the primary care center Las Calesas in Madrid, Spain. He is also a freelance journalist.