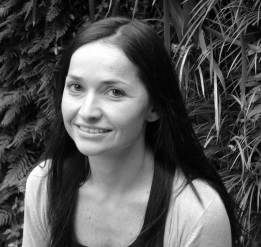 Over the past few years, we have seen several high profile failures of care in NHS acute hospitals in England, leading many in the system to question the ability of performance management and regulatory mechanisms to identify and act on poor performance.

Last year, in response to these events and concerns, the Care Quality Commission (CQC) developed a new model for inspecting and regulating NHS acute hospitals, and commissioned a team from Manchester Business School and the King’s Fund to evaluate this new and evolving approach as they rolled it out.

Between October 2013 and April 2014, we directly observed hospital inspections, conducted interviews and online surveys with CQC and hospital staff, observed many meetings, and reviewed documents. Last week we presented our report to the CQC board.

What we found was that hospital staff generally welcome the new regulatory approach: seeing it as much more credible, rigorous, and in depth, and much less likely to miss any issues of significant concern. But there are issues with some aspects—many of which the CQC is already addressing—such as its cost, pace, and timing, and also with how inspections are followed up to address poor performance.

During our discussions with inspectors and trust staff, both groups said that CQC inspections “held a mirror up” to the hospital, reflecting what they already knew about the hospital’s performance. Some trust staff referred to the inspection as “free consultancy,” welcoming the opportunity to receive targeted feedback on their performance as a way of highlighting areas for improvement. Some inspectors suggested that they would be more worried if hospitals were not already aware of the issues that were raised through the inspection.

However, others were concerned about the added value of such findings, suggesting that inspections are not “free” for the healthcare system, and questioning the use of a resource intensive process to simply highlight issues that trusts are already aware of. This begs the question: if hospitals already know what their problems are, what does inspection achieve?

Some hospital staff saw the inspection as an opportunity to refocus on issues that had been left on the backburner, or as a way for staff to raise the profile of issues that had not been prioritised, or which had not received the attention of senior leaders within the organisation.

The inspectors produce a detailed narrative report that describes the overall performance of the hospital. Any serious concerns about performance lead to an enforcement process—a warning notice or compliance action, for instance. However, in the absence of any formal enforcement, trusts were sometimes unclear about what they should do next: the action they were required to take, the necessary standard of improvement, the timescales of this improvement, who they should tell, and how and when they would be monitored or held to account.

Central to the logic of the new model is the assumption that the CQC’s reports will lead to improvement actions by others. The CQC sees its role as to “diagnose but not prescribe,” with trusts taking responsibility for follow-up actions themselves and other stakeholders taking a leading role in holding them to account. In particular, the CQC relies on local commissioners and other national organisations (like Monitor and the Trust Development Authority) to take on this role. While the CQC might be clear about this, we observed that trusts, commissioners, and other regulators were rather less certain about what happens next and their role in that process.

Without such follow-up, there is a risk that the report could be shelved and not used or acted upon until the CQC themselves return for a further inspection. If the new approach to inspection is to provide a valuable contribution to quality improvement in the longer term, the key issue may be how the CQC’s inspections are going to be used and acted upon to improve care.

There needs to be greater clarity about what actions are expected following an inspection, and trusts and other stakeholders will need to recognise their responsibilities for driving and assuring any improvements.

Rachael Addicott has been a senior research fellow at the King’s Fund since 2007. She was a 2011-12 UK Harkness Fellow in healthcare policy and practice, based at the School of Public Health, University of California, Berkeley. Previously, she was a lecturer in public sector management at the University of London.

This blog was co-authored by Kieran Walshe, professor of health policy and management at Manchester Business School, and lead author of the report.