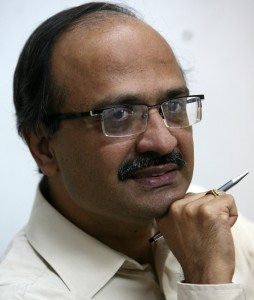 As a science and health journalist, I have written a number of stories highlighting how lifestyle ailments, like diabetes and heart disease, have emerged as major health issue in India—including in rural areas. Scientists and doctors are pretty much unanimous on what we need to do to prevent the rising tide of cardiovascular diseases: eat healthy food (fruits and vegetables), cut down on unhealthy diets, exercise, avoid alcohol and tobacco, and so on.

Although slow to act, India’s policy makers are also responding by creating new facilities for diagnosis, treatment, and even screening. Is this enough to deal with the situation though? Is the advice to “eat healthy and exercise” enough to motivate people to modify their lifestyles? Is it a good strategy to let people fall sick, and go on building hospitals to treat them?

Such questions started bothering me a few years ago, and I decided to explore further, going beyond what the medical community was saying and the government was doing.

When I began looking into the heart disease problem in India, I began with a set of new questions. If the consumption of processed food that is rich in fats, salt, and sugar is going up, why is this happening? Why are people becoming more and more physically inactive? What is motivating them to use personal cars rather than public transport or bicycles? Why is tobacco consumption going up, despite a total ban on all forms of advertising and a ban on smoking in public places? I wanted to try and see how scientific evidence can be connected with what was unfolding on the ground, because these are often unseen connections.

I discovered that economic liberalization policies pursued by India since 1991 formed a key piece in the jigsaw puzzle. In the past 25 years or so, transformative changes have taken place in India. Liberalization and globalization have been accompanied by economic growth, prosperity, rising incomes, a reduction in poverty, and (above all) rising aspirations of the middle classes.

All this is great and welcome development. However, economic growth has also fueled the risk factors of heart disease, such as unhealthy diets, physical inactivity, and tobacco consumption. The most profound impact has been on the food environment in homes and public places.

What came as a surprise to me was the role of the state in promoting, or even subsidizing, these risk factors. For instance, while the Ministry of Health is busy implementing anti-tobacco laws, the Ministry of Commerce and Industry and the Ministry of Agriculture are promoting the tobacco industry through official mechanisms like the Tobacco Board and the Directorate of Tobacco Development. The government even gives away awards to the “best performers” of tobacco industry.

In the same way, the Ministry of Food Processing Industries doles out subsidies to boost production of processed food products, irrespective of their health footprint. The Ministry runs a scheme (details on their website) for setting up new food processors, and for the expansion and technological improvement of existing units (you can click on years to get the details of grants given to private industries). During the fiscal year 2013-14, as many as 998 units were provided grants (not loans)—a great number of them getting money for manufacturing “consumer foods.”

Furthermore, fiscal and non-fiscal policies often favor personal cars rather than public transport. Many public spaces, such as walkways and green areas, are being usurped for the parking of private cars.

The result of all this is an environment in which it is increasingly difficult to eat healthy food, remain physically inactive, and avoid tobacco or the health effects associated with it. We can’t advocate reversal of the process of globalization or crib about economic growth, but surely we can tailor our public policies to offset the negative impacts of globalization and growth.

Dinesh C Sharma is an independent journalist and author based in New Delhi, India. His latest book is Know Your Heart: The Hidden Links Between Your Body and The Politics of The State.