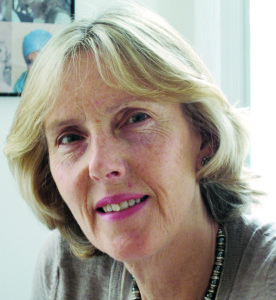 Legend has it that the Anglo-Saxon king Canute believed his command could hold back the tide. Last week, Financial Times columnist Robert Shrimsley conjured up Canute’s image, as he describes how he went to his GP for a problem and the latter pleaded with him not to go to the internet for information. Of course, the first thing Shrimsley did after leaving the surgery was to search the web, and he says that “‘Don’t google this’ is surely the most forlorn demand since ‘Don’t eat the apple’.”

It’s a great piece. He says cross examination of a doctor was “almost akin to arguing with a priest,” and, tongue in cheek, states it must be “jolly tiresome” for doctors to deal with informed patients; and even more so with “slightly informed ones.” But he urges them to put themselves on “the right side of modernity” and deal with a potentially empowered public.

What his doctor should have said, he suggests, is “I know you are going to google this. You will see all kinds of ill informed claims, so do please come back to me with questions.”

No doubt many doctors adopt this approach already, but arguably the “information prescription” should involve more, and not be relegated to the bottom of “to do” lists. The evidence of benefit to individual health and health services from providing patients with good quality, tailored information is strong. The Patient Information Forum has underlined this, and its new guide covers how to do this for children.

Admittedly, providing patients with good quality information is not easy, especially personally tailored information. A recent report from the Royal College of General Practitioners suggests that over half of all adults in England find the health advice given to them by doctors and other health professionals too complicated to understand. This begs a question. Are online patient communities any better at producing accessible and reliable information, which patients find useful? Patients who use them would likely argue yes, and for some, that’s a resounding, lifesaving yes.

At a recent London meeting, convened by the charity Healthtalkonline, patients and carers spoke passionately about the value they derived from the information, support, and reassurance of online patient communities. The charity’s website covers 85 conditions, and contains thousands of carefully selected, representative video clips. It also has a dedicated site for young people. With around two million visitors a year, it’s been rated number two in the Times‘s “50 websites you can’t live without.”

When my 21 year old son was diagnosed with a long term condition, all he was given was a paper flyer about it. I encouraged him to attend a patient session at the local hospital, but he found it dry and didactic, and the average age of attendees was around 65. It was not an empowering experience. I inquired about young person’s support groups, but no one seemed to know about them.

I have subsequently passed on links to several online patient communities. Recently, he mentioned that he had sent on a clip from one to a friend, so that they could understand why he felt too ill and exhausted to attend an event. Yet many doctors remain sceptical about these communities. One consultant I spoke to recently said she usually told patients to avoid them “because they contain unrepresentative voices.”

This is no doubt true. Those who are thriving are less likely to post than those who aren’t. But to deny that these networks can provide information every bit as useful as that handed out by health professionals smacks of paternalistic humbug. When you get an unwelcome diagnosis and your family and friends don’t understand what you are up against, there is a lot to be said for finding an online community that does understand, and which provides the “street” knowledge that can help you cope. Of course, some of the things people read online (or in medical tomes) are upsetting and may be misleading, but living in apprehensive ignorance is no picnic either.

The Health Experiences Research Group at Oxford is conducting research to assess whether patients who visit (selected) Healthtalkonline sites cope with and self manage their conditions better. And if so, how? John Powell, a former public health consultant who also works with the National Institute for Health and Care Excellence, is leading this work.

He agrees that academics, and the journals in which they publish, favour research focusing on “hard” biomedical endpoints. Yet he believes that “attitudes are changing,” and that doctors now realise the importance of looking at quality of life measures too. Let’s hope so.

Shrimsley’s advice “to work with the grain of the world” makes sense. No one, and no source, has a monopoly on wisdom.