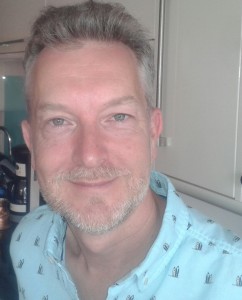 In April this year, the Royal College of Surgeons of Edinburgh (RCSEd) team travelled to East Jerusalem to oversee the teaching of the Basic Surgical Skills (BSS) course, which has been endorsed by the Edinburgh college for Palestinian surgeons in training. The idea for this project grew its roots back in early 2010, and the scheme is now in its fourth year.

The team consisted of David Sedgwick (course convenor), Ruth McKee, John Anderson, Ian Wallace, Sarah Sholl, Magdalena Kincaid, and myself (Robin Kincaid). Once more, we had the invaluable help of the members of Juzoor Foundation, lead by Dina Nasser, and logistical support on the ground from the United Nations Relief and Works Agency (UNRWA), lead by Umaiyeh Khammash.

This year we witnessed the outstanding enthusiasm shown by senior Palestinian surgeons, in particular Dr Omar, chief of surgery at Augusta Victoria Hospital (the hospital which has hosted the course since 2011). They have become the local Palestinian faculty, taking part in the actual teaching of the BSS course. Half of the practical sessions on animal tissue were lead by Palestinian faculty members, who had been introduced to the four stage teaching modules and other techniques that were covered in a “train the trainer” style session led by David Sedgwick. It was with real pleasure that the UK faculty could observe the Palestinian faculty teaching the 20 candidates on this fourth BSS course.

This was the much anticipated milestone in our succession planning. As the co-founder for the course, I could finally see the running of it handed over to a team of Palestinian trainers assembled from East Jerusalem, West Bank, and Gaza. This had been one of our goals, from the outset, to pass on the necessary skills for the course to be run autonomously with some oversight from a RCSEd team. This has already been successfully implemented in Europe and the Far East, but it is the first course of its kind with certification from the college in the Middle East.

Setting up for the practical sessions that involve animal tissue (so ably done by Sarah Sholl over the past four years) will remain a challenge for the Palestinians. This is due to a lack of resources, and a lack of time allocation out of hospital duties for the surgical team to set up the stations. There is no lack of enthusiasm from the Palestinians: they have demonstrated a keen sense of purpose and focus to be able to overcome daily hardships, all of which has kept the BSS course alive over the last four years.

The UK faculty met with the Palestinian minister of health, Jawad Awaad, from the Palestinian National Authority and with members of the Palestinian Medical Council. These meetings facilitated sharing the rationale behind the structure for UK higher surgical training. One important outcome from the discussions was that the BSS course will become a requirement for all trainees on a surgical residency programme in West Bank hospitals, and this was endorsed by the minister for health.

Restrictions to travel in the West Bank and outside Gaza remain of great concern, as neither tutors nor candidates can guarantee attendance. This year, one out of nine permits were approved for surgeons coming from Gaza. And we made links with the British Consulate, so that next year they can assist with permit applications to the Israeli authorities.

It was wonderful to witness the resilience and adaptability of Palestinian men and women, as both candidates and trainers on the course, and humbling to see how grateful they were to receive support from UK colleagues.

The overriding feeling of the UK team is that 2014 marked a tangible progression for the Palestinian surgeons, who became more structured in their teaching technique. In addition, embedding the BSS course into core training will set the important safe foundations for surgical training.

We anticipate that in 2015 the UK faculty will retain mainly supervisory capacity and the Palestinian faculty will deliver the BSS course on their own.

Robin Kincaid graduated from Edinburgh University Medical School in 1991 and completed his basic and higher surgical training in Scotland and Toronto. Robin has been a consultant trauma and orthopaedic surgeon at the Royal Cornwall Hospital in Truro since 2003. He has been the clinical director for the past four years, and he is involved in the teaching of medical students from the Peninsula Medical School. You can follow him on Twitter @RobinJKincaid