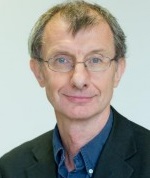 A few years ago, I was at a rural hospital in Eastern Province, Zambia. Doctors were trying frantically, and in the end unsuccessfully, to save the life of a five year old boy. He died from acute respiratory tract infection. But what really killed him, as one of the doctors told me afterwards, was poverty: his parents had been unable to afford the antibiotics that might have saved him.

Sometimes we lose sight of what’s at stake in the great debates on development—and nowhere more so than in health. Over the past few years, universal health coverage (UHC) has returned to the international agenda with a vengeance. Governments are making stirring commitments to deliver healthcare for all their citizens. Aid donors are promising to support their efforts. UHC has even made it to the shortlist for inclusion in the post 2015 Millennium Development Goals.

All of which is good news. Every year, health costs push around 150 million people into poverty or financial distress. Countless millions more forego or delay vital treatment, either because they are too poor to pay user fees or because decent health services are unavailable. Ensuring that all people have access to good quality, affordable medicine would save lives; break the deadly interaction between ill health and poverty; and, as highlighted in a recent Lancet commission report, boost economic growth. Unfortunately, it is easier to support UHC in principle than deliver it in practice—and the current consensus is in danger of obscuring the challenges posed by persistent health inequalities.

Delivering UHC requires action at many levels. Governments need to mobilise the necessary resources to provide basic healthcare, and build institutions for effective delivery. Critically, they also need to end the obligation to pay directly for services at the moment of need. Rich countries mostly do this through a mix of public and private provision, which is underpinned by public finance. By contrast, out-of-pocket payments account for between half and two thirds of health expenditure in developing countries.

What would it cost to change the balance and finance UHC through government budgets? An excellent report from Chatham House recently put the figure at around $86 US dollars for each person in low income countries. To put this in context, it represents three to five times more than the current provision in much of Africa. Most governments in the region have fallen far short of their own health spending commitments. But, even if all the governments of developing countries met the international target of spending five per cent of GDP on health, there would still be a financing gap of around $36 billion US dollars. Take home message: if aid donors are serious about UHC, they need to increase health spending.

Unfortunately, the wider evidence suggests that these cases may be the exception to a wider “inverse equity” rule, under which the poor benefit least and last from national progress. In health provision, as in wealth creation, the benefits of progress often trickle down to the marginalised very slowly. In half of the countries registering a decline in child death rates, disparities between the richest and poorest households have widened. This drift towards rising health inequality has been documented by Save the Children and in an excellent report by the World Health Organization, UNICEF, and others.

Governments and donors have paid far too little attention to UHC policies that actively reinforce health disparities. The collective embrace of universal coverage is conveniently sweeping fundamental issues of social justice under the carpet. This is why future reforms should be guided by the principle of progressive universalism—a commitment to ensure that the marginalised benefit from reform and do not fall further behind.

Experience in health insurance illustrates what this might mean for policy design. Pre-paid insurance is a mechanism for enhancing equity by reducing out-of-pocket payments for the poor, provided that risk pooling is supported through progressive taxation, public finance, and effective delivery.

Some widely lauded health insurance reforms spectacularly fail the progressive universalism test. Consider the case of India. Over 300 million people are now covered by health insurance—but to no discernible effect on the country’s glaring health disparities. Chronic under-financing of healthcare is part of the problem. Over 70% of spending still comes out of people’s pockets. Healthcare expenditures by the poor are rising . An excellent report from ODI, on a programme in Uttar Pradesh and Maharashtra, shows how poor design (insurance does not cover primary care), distance from hospitals, and a denial of treatment can combine to limit the benefits to disadvantaged socio-economic groups.

Low average income is not a barrier to equity. Rwanda’s health insurance system—the Mutuelle de Sante—started by fully subsidising the indigent from general revenues, and then brought contributions from the rest of the population into the same insurance pool. The poorest quarter of the population now gets free healthcare through community based targeting. Health disparities have fallen, and Rwanda has registered rapid progress in areas such as child survival and maternal health.

How can progressive universalism be translated into post 2015 targets? A well argued paper by the World Health Organization and the World Bank addresses this question. Building on the World Bank’s wider “shared prosperity” agenda, it argues that policy makers should look beyond national aggregates and focus on targets for the poorest 40%.

This does not go far enough. The post 2015 goals should include explicit and ambitious equity targets for health outcomes. Halving the gap in child death rates between the richest and poorest 20%, or between urban and rural areas, is one illustration. The same principle could be applied to coverage of health services. Closing the coverage gap for a range of services for children under the age of five, particularly routine immunization, could save more than 16 million lives.

Of course, no amount of quibbling over targets, post 2015 or otherwise, will deliver change. One of the most frustrating aspects of the UHC debate is that it focusses so much on targets, well rehearsed cost benefit scenarios, and technicality—but so little on politics. Any effort to promote universal healthcare with equity will inevitably have to confront vested interests, capacity constraints, and tough questions over the allocation of scarce resources.

There are no political blueprints for reform. Progress in Rwanda was driven by a combination of top-down leadership and community level implementation. In Nepal, government action on maternal health was sustained by a cadre of dedicated civil servants and non-government organisations, with aid agencies playing a supplementary role.

Reformers in countries such as Thailand, Mexico, and Brazil did not discover a technical magic bullet for “progressive universalism.” They succeeded by building coalitions for reform. The programmes they introduced initially benefited the poor, but were extended gradually to the lower middle class and beyond—an approach that built a broad public constituency. This in turn made it possible to sustain reform measures across sometimes turbulent political transitions.

Promoting and sustaining progressive health reform is a tricky endeavour. As the recent experience of the United States illustrates, even modest efforts to promote UHC has the potential to generate opposition from powerful vested interests. Political elites across much of the developing world have shown little interest in converting high growth into more equitable health systems.

All the more reason, you would have thought, for the post 2015 goals to put the poor first, and call for UHC with progressive universalism.

Kevin Watkins joined ODI as executive director in June 2013. He is a former nonresident senior fellow with the Center for Universal Education at the Brookings Institution, and was previously director and lead author of UNESCO’s Education for All Global Monitoring Report. His research focuses on education, globalization, and human development.