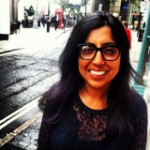 Imagine you have severe gastro-oesophageal reflux. You are taking the maximum dose of your antacids and guzzling your way through bottles of Gaviscon, yet you’re still plagued by heartburn. It wakes you up in the middle of the night, prevents you from enjoying the odd glass of wine, and as for eating anything spicy— forget about it.

Your gastroenterologist, Dr Barrett, tells you about a new procedure that has shown some promise in initial studies. Using a minimally invasive endoscopic procedure, they can put a stitch in your stomach to stop acid from travelling back up the gullet. The hospital is taking part in a trial of the procedure and, lucky you, they’d like to put you forward. You’re anxious about having an endoscopy, but think it will be worth it if it will alleviate your symptoms.

But there’s more. Dr Barrett explains that the study is trying to assess just how effective this new procedure is and that the best way to do that is to compare the results from the procedure to a control. The people who take part in the trial will therefore be randomly allocated into two groups: those that have an endoscopy plus the stitching procedure and those that have the endoscopy but don’t have the stitch. They won’t find out which group they’re in until the trial has been completed.

You’re confused. On the one hand, you understand scientific process and the need for a robust evaluation of the procedure. On the other, you’re not sure if you want to subject yourself to an invasive technique if you might not get the potential benefit of the stitching procedure at the end of it. To complicate things further, Dr Barrett says there may be some benefit attributable to just having the endoscopy alone and that there are risks associated with the stitching procedure.

What should you do?

These are just some of the issues raised in a systematic review by Karolina Wartolowska and colleagues looking at the use of placebo controls in the evaluation of surgery. As the paper makes clear, it’s a complex and fascinating area.

Placebo controlled trials of surgical interventions are rare. But given what we know about placebos, the review points out that it is likely that surgery is associated with a placebo effect: “Firstly, because invasive procedures have a stronger placebo effect than non-invasive ones and, secondly, because a confident diagnosis and a decisive approach to treatment, typical for surgery, usually results in a strong placebo effect.”

There have been reservations about using placebo in surgical trials, with concerns about the safety of patients undergoing sham surgery, and the ethics and feasibility of conducting such research. But it’s an area with little evidence.

This systematic review assessed previous studies comparing a surgical intervention with placebo to investigate whether placebo controls should be used in surgery. It identified 53 trials in disease areas as diverse as osteoporotic vertebral fractures, angina, asthma, migraine, Alzheimer’s disease, knee pain, obesity, and Parkinson’s disease, and found that 72% of the studies noted an improvement in the placebo arm and half found that the effect of the placebo did not differ from that of surgery.

While there was some heterogeneity in the included studies, the review concludes that placebo controlled trials can be a powerful and feasible way of demonstrating whether a surgical intervention is effective.

The review raises some interesting questions. Is there a therapeutic role for the placebo effect in surgery? Can the use of placebo in surgical trials be considered the same as its use in drug trials? How do you weigh up the risks and benefits of surgical placebo, especially for more invasive procedures such as laparotomy or thoracotamy?

As with all articles on bmj.com, the debate continues in the rapid response section. Add your voice to the discussion here.