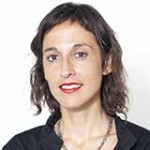 Today, as International Women’s Day approaches, up to 23,000 people will be forced to flee their homes, joining 45 million others around the world who are already displaced due to conflict, persecution, or natural disaster. Of course people of both sexes suffer and die from the direct consequences of these displacements, and from the crises that cause them. But women are especially vulnerable. For those who are pregnant, lack of care may be their biggest threat to survival. And especially in contexts of conflict, women and girls face a hugely increased risk of sexual assault.

Globally, on average about 15% of expected births in any year will develop life threatening complications. But in emergency situations the lack of access to care means that more women are likely to die from these complications. Moreover, pregnant women in these settings face a greater risk of pre-term labour, and therefore pre-term babies.
For Médecins Sans Frontières/Doctors Without Borders (MSF), when disaster strikes our field teams focus on rapidly establishing the services needed to help these women survive.

Natural disasters, as in the Philippines, and fighting, as in South Sudan, are usually associated with injury from trauma and violence. Yet a study of six recent conflict settings where MSF intervened found that the number of surgical interventions for obstetric emergencies exceeded those for war wounds (30% of interventions versus 22%, respectively). And in post earthquake Haiti, Caesarean section was the most frequent major surgery conducted by MSF teams in the first three months. These findings are a telling reminder that routine care is a significant casualty of crises, and that this loss becomes particularly life-threatening for pregnant women (and their newborns).

As an emergency medical organisation, unless we can implement acute care within the first 48 hours, our role is to replace or introduce quality care that meets all levels of healthcare needs over the subsequent days, weeks, or months. In the past twelve months, MSF has responded to many new and not-so-new crises: Typhoon Haiyan, and armed conflict in Central African Republic, Democratic Republic of Congo, South Sudan, Uganda, and Syria, all of which displaced large populations both within countries and into neighbouring countries.  Women’s health needs were embedded in our response in all, representing a great improvement on previous years (and in humanitarian relief practice in general).

An important part of this emergency response involves thinking ahead. “Success” in obstetrics depends on building a good referral system, linking our patients with either basic or comprehensive emergency obstetric centres (BEmONC and CEmONC) [1] to manage mild complications in the one, and the most serious cases (including those needing surgery) in the other. For example, on Leyte Island after Typhoon Haiyan, we set up one of each, transporting patients from coastal Palo to the better resourced Tacloban. Without the CeMONC in Tacloban, it would have been ethically and morally questionable to treat obstetric patients in Palo.

Responding to sexual violence is also an aspect of routine care for women, but the need is greatly heightened by displacement. As an essential aspect of an emergency response, MSF offers medical first aid, STI prevention, and emergency contraception, amongst other services, to address the physical and mental health needs of survivors. Prevention should also be part of an emergency response: in a camp setting, sexual violence can be reduced by thoughtful planning from the moment the camp is being established. Ensuring that women and children without men are not mixed with other families, that latrines are separated by gender, that food and water points are well-lit and not hidden from view—these are some of the considerations that can have a real impact on protecting women from the devastating consequences of sexual assault.

So on International Women’s Day, as on any other day, my thoughts are with the millions of women displaced from their homes and facing an uncertain future. And especially with those who are pregnant and hope to have a safe birth and a healthy baby. An obstetric emergency can be life-threatening at any given time, but we must also do all we can to lessen its impact when disaster strikes.

Tane Luna Ramirez is a Spanish obstetrician and gynaecologist who works as a Women’s Health Advisor for MSF based in the Medical Unit Sydney.