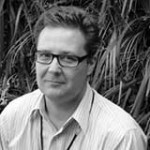 In one of The King’s Fund’s most popular and commented on Time to Think Differently blogs last year, Gabriel Scally questioned whether we had lost the battle to tackle health inequalities. In December last year, NHS England released a document on their approach to reducing inequalities and now Public Health England has launched, rather quietly it has to be said, a national conversation on health inequalities. But why has this all taken so long?

It’s not as if we didn’t know that health inequalities are pernicious, and legislation in the 2012 Health and Social Care Act for the first time placed a duty on the Secretary of State, NHS England, and clinical commissioning groups to give due regard to the reduction of inequalities. Our work has shown that those with lower incomes and lower education have not been giving up unhealthy behaviours as fast as the rest of the population, storing up inequalities in health for the future. What then has happened to Making Every Contact Count in the NHS? The Marmot Review also highlighted the seven year gap in life expectancy and 17 year gap in disability free life expectancy between those on the lowest incomes and those on the highest. Where then is Public Health England’s analysis and strategy to address the problem? The last time there was a strategy document, of sorts, on inequalities from Richmond House was in 2008.

It is not all bad—NHS England has shown independence by allocating more funding to more disadvantaged areas to take a greater account of inequalities (though the budget standstill means there will be little change in the short term, NHS England’s projections show they do plan more movement by 2018/19), and the NHS Equality and Diversity Council has been refreshed and is given added weight by David Nicholson being its chair.

But there is no joint narrative from the Department of Health, NHS England, and Public Health England on what they are doing together to tackle inequalities and who is accountable for what. The reduction of health inequalities cannot be left to local authorities to deliver solely through their new public health duties, although they have a critical role to play. What is needed now more than ever is a joint commitment by these leaders on how they mean to tackle health inequalities using the “big levers:” commissioning, incentives, and accountability.

So what are the priorities for action? Firstly, the reforms mean that NHS England is now the monopoly buyer of primary care and it needs to use that power for inequality reduction. It’s not as if they don’t know what to do, the National Audit Office sets out the evidence clearly—much of it the Department of Health’s own analysis—on how the NHS could make swift, significant reductions in inequalities in life expectancy through a greater focus on more systematic primary care, for instance in cholesterol and hypertension control.

Secondly, Public Health England needs to show how it is supporting—and where necessary challenging—other government departments to play their part in tackling health inequalities. The major lever for that is its expertise in health impact assessment; it needs to be willing to share and give that expertise freely to ensure that other departments’ impact assessments of policy making processes fully take into account the health inequalities impacts of one potential decision versus another. One of the major beneficiaries of this should be the Treasury, which needs to be more transparently involved in debates on the public health and inequalities impacts of taxation policy on alcohol, fat, and sugar. Public Health England as the government’s chief adviser needs to be much more visible in feeding into those debates.

Finally, the Department of Health, which has been the most silent of all, could set out how the Social Value Act should be interpreted by the health and social care system. The act obligates all public service commissioning to factor in social value—how commissioned and procured services improve the economic, social, and environmental wellbeing of the area. This has potentially huge implications for a public healthcare system that spends over £100 billion every year. Shouldn’t the Department of Health be telling us all about it?

So to return to Gabriel’s point, there is a danger that the battle to tackle inequalities in health could be lost, but the three key system leaders on health inequalities are not powerless, and need to kick start the national conversation by telling us how they are going to use that power to do their bit, not just call the rest of us to action.

David Buck is senior fellow, public health and inequalities at The King’s Fund