When John Keats switched from medicine to poetry he found a different way of healing people, according to Andrew Motion.

Motion, a former poet laureate, attributes his interest in medicine and literature to the Romantic poet, whose biography he wrote in 1997. 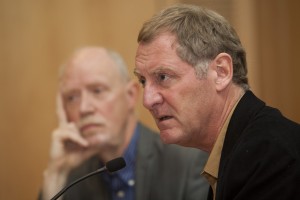 Unveiling the shortlist for 2014 Wellcome book prize in London this week, Motion, chair of the judging panel (pictured foreground), described the challenge of choosing a winner from the six medically themed books, which straddle both fiction and non-fiction.

But why no poetry? “I hope it might be possible to include books of poetry, he said, adding that the work of fiction, Elizabeth Gilbert’s The Signature of All Things (and other works of fiction on the long list of 130 books), has science and medicine very much at the heart of the plot. 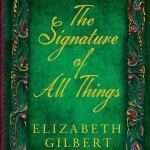 Gilbert’s book, her first novel, is about Alma Whittaker, daughter of a wealthy botanical explorer and a clear-minded scientist in her own right. Elizabeth Day’s Observer review commends the book for celebrating “forgotten women of science” whose work was swallowed up by more famous men.” 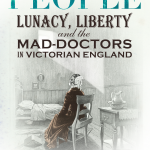 Sarah Wise’s Inconvenient People is also set in the nineteenth century, but charts the rise of the “mad doctor” profession and the threat posed to English society by medical men willing to incarcerate challenging family “lunatics” for high fees.

Wise, says Charles Nicholl in his Wall Street Journal review, finds bizarre humour in her unsettling subject, as well as tragedy, drawing on her specialist knowledge of Victorian low life, sending “shivers up the reader’s spine along the way.” 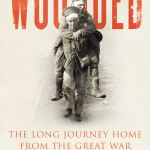 Fast forward to 1914-18, and Emily Mayhew’s Wounded is the story of stretcher bearers, surgeons, nurses, chaplains, and ambulance drivers in World War One.

Their work led to more than 80% of wounded soldiers returning to duty. A W Purdue’s review for the THE  includes the story of ambulance volunteer Claire Tisdall, who, on the last day of the conflict, found herself surrounded by drunken, jostling crowds who refused to make way for some of the wounded soldiers who had made victory possible. 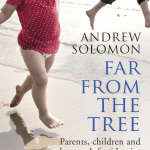 At 958 pages, Andrew Solomon’s Far from the Tree is the largest shortlisted book. It draws on interviews with more than 300 families raising challenging children, with chapters on deafness, dwarfism, schizophrenia, early genius, conception through rape, and transgender.

Is Solomon’s focus on difference stirring up a hornet’s nest? Nathan Heller ponders this question in his review for the New Yorker: “Are blindness, autism, paralysis, depression, and other conditions ‘illnesses’ to be avoided? Or are they simply another way of moving through the world?” he asks. 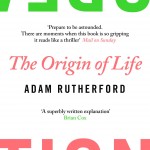 Adam Rutherford has written a book of two halves in The Origin of Life/The Future of Life. An editor at the journal Nature, the first part of his book describes what we know about the origin of life on earth. Turn it over and around to read the second half, which deals with how existing life forms and being modified and new ones produced.

A trawl through Amazon’s customer reviews includes one from the comedian theoretical physics graduate Dara Ó Briain, who hosted BMJ’s 2013 Awards. He says: “A witty, engaging and eye-opening explanation of the basic units of life, right back to our com­mon ancestors and on to their incredible synthetic future. The mark of a really good science book, it shows that the questions we still have are just as exciting as the answers we already know.” 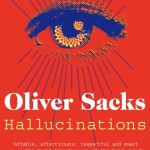 Hallucations are not the sole preserve of the insane, Sacks argues in a book which weaves together the experiences of former patients with migraine sufferers and users of hallucinogenics. They are, he concludes, a vital part of the human condition.

The winner will be announced on 29 April.