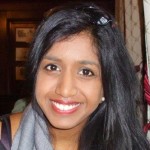 Alongside thousands of other trainees, over the past months I have been partaking in the core training application rigmarole. And it is exhausting. For example the process of compiling a portfolio of academic self worth for a 10 minute flick through, is simultaneously self assuring and depressing. The need for a quick and effective selection method nationally results in a nameless, faceless application process that may as well do away with the candidates entirely. Meeting face-to-face is a mere formality, and the questions asked seemingly as indiscriminate as the black folders clutched by hopeful applicants.

The process of preparation, however, was quite edifying. I will admit to a previously limited understanding and appreciation of the Francis report, but in preparation for patient safety questions (which incidentally failed to appear in my interview), I read it in detail together with the Keogh report, Berwick paper, and a number of opinion pieces on the subject. A key theme was the importance of harnessing the energy of junior doctors and nurses to effect positive change within the NHS—an insightful recommendation, and one which should be encouraged nationwide.

As a junior doctor myself, I am certain that the opportunity to improve patient care and drive reforms in our hospitals is something that most foundation year (FY) doctors would jump at the chance to be involved in. However may I suggest harnessing the positivity from FY1 and early FY2 doctors? Because the majority of my conversations with old medical school friends are tainted with NHS disillusionment. The need to twin jobs to service provision mean that competition for specialty jobs is fierce, and whilst on the surface the work-life balance has been improved by the European Working Time Directive, in truth that allocated “rest” time is teeming with audits, research papers, and skills courses in a desperate bid to secure an elusive job that actually fits into one’s desired career plan. I am lucky enough to have a mentor through an ASiT pilot mentoring scheme. He is fantastic, and has given me huge insight into what my future holds. Sadly it includes further uncertainty as even a national training number is no guarantee of a job post completion of training.

On entering medical school, most students have some appreciation of the personal sacrifices required by the medical profession. However the harsh reality is that in the UK with the disparity between newly qualified doctors and available posts, significant personal sacrifice still may not be enough to secure a training job. As the daughter of medical parents, I can appreciate the impact of such sacrifices from both perspectives. Whatever the decision it is not one that can be made lightly. The correlation between uncertainty and stress is well documented [1], and likely a significant factor in the spreading workforce disillusionment. Reforms to training allocation including national application processes are, I am sure, aiming to rectify the mistakes of years gone by. However seniors still disgruntled from the modernising medical careers fallout and juniors plagued by the forthcoming bottleneck are unlikely to be appeased by the never ending job satisfaction surveys plaguing their inboxes.

Anna Allan recently qualified as a doctor. She graduated from Gonville and Caius College, University of Cambridge in June 2012. She began her foundation year rotation in the North Central Thames deanery.