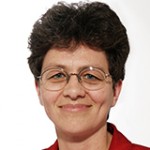 As the world mourns the loss of the exceptional talents of Philip Seymour Hoffman, perhaps one fitting tribute to his passing from a suspected drug overdose would be to focus on how such deaths can be averted in the future.

Such a focus means shedding a light on ways in which US drug policy—not uniquely, but very unfortunately—sets the stage for deaths such as this in its intransigent focus on being “clean” above being safe.

People of Hoffman’s generation who grew up and went to school in the United States were the beneficiaries of billions of dollars’ worth of government “drug prevention” programs that were based on the standard oldies of the “drug free society” songbook. The refrains became familiar as they were repeated in classroom drug education, slick and widely disseminated “public service” ads, and pronouncements of policy makers:

Hoffman’s peers who became teenagers in the 1980s in the Netherlands would have benefited from the policies of a government which concluded that young people were inclined to try cannabis and unlikely to be completely stopped from doing so, and it would be good to give them a way to get it without having to interact with a heroin dealer.  Thus were born the famous “coffeeshops” of Dutch cities. But that kind of policy requires a realistic idea about the futility of “eradicating” drug use as well as a nuanced idea of the relative harms of various kinds of drugs. Hoffman and his American friends wouldn’t have been exposed to such notions.

Young people struggling with opiate use in the late 1980s and early 1990s in Switzerland and Germany would have had good access to non-judgmental services that would have offered information and support for minimizing the worst consequences of drug use, including illness and linked to overdose death. The state would even have offered the possibility of medically supervised use of heroin of known doses and known purity, virtually eliminating overdose risk.  And young people would have known that if they were worried about the toxicity of drugs or about problems with injection, there were places where they could go to inject under the eyes of medical professionals.

Those services require a policy that values people’s ability to keep themselves alive while they are struggling with problematic drug use. In the United States, such an idea is heresy because the priority is to eradicate the unclean and condemn the moral weakness of people who consume drugs.

Even without knowing the details of the rehabilitation services that Hoffman and other privileged Americans have access to, one can know that the culture of the shame of drug use is always hard to overcome.  Indeed, an important benefit of the kinds of services and support for drug related harm reduction that remain out of reach in the United States is that they send a radically different message from the prohibitionist standard—that everyone has the right to information and other means of not just staying alive, but having a good quality of life.

When governments recognize that drug dependence is, as the World Health Organization puts it, a chronic relapsing condition, the persistent characterization of addiction as a moral flaw is seen for the harmful and stigmatizing rant that it is.  In addition to driving people to keep their drug problems hidden, this culture of stigma constrains resource allocation for policies, programs, reality based educational materials, and social support that would address overdose risk and other drug-related harms at many levels.

It is impossible to know how much people struggling with drug dependence, famous or otherwise, can rise above the image of drug use in the public mind as a social scourge. The American tragedy is that they even have to try.

I declare that I have read and understood the BMJ group policy on declaration of interests and I have no relevant interests to declare.

Joanne Csete is the deputy director of the Open Society Global Drug Policy Program. Prior to joining the Open Society Foundations, she was associate professor at Columbia University’s Mailman School of Public Health in New York, where her research focused on health services for marginalized and criminalized populations, especially people who use illicit drugs, sex workers, prisoners and detainees, and people living with HIV.