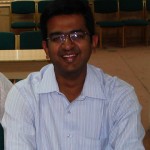 The relationship between a physician and their patient is a sacred covenant which is fundamental to successful clinical outcomes. From Hippocratic times when there was a strong tinge of altruism associated with the practice of medicine, to the more recent provider-client model of healthcare, one thing that has remained constant has been an undercurrent of trust. A patient’s trust in the physician is the optimistic acceptance of the fact that the patient is in a state of vulnerability and has to look to the physician for treatment. High levels of trust in the physician have been shown to be associated with greater compliance to treatment protocols, greater follow up with the physician, a subliminal placebo effect of cure, and reduced referrals and second opinions.

In developing countries like India, where there is a strong private healthcare system with a pay for service model of delivering healthcare, spiking healthcare costs are a serious issue. When rampant profiteering is noticed in the healthcare delivery system, this leads to scepticism. Moreover the boom in information and communication technology that has changed the way of life in recent times has made access to healthcare information very easy and further added to the doubts and questions about the treatment prescribed by the physicians. The change from blind faith to scepticism, fuelled by the above mentioned phenomena, is welcome in certain aspects. It has reduced the vulnerability of the patients. Health activism has developed as a strong voice in support of the vulnerable and ill. But this change has also led to a different form of trust in the doctor-patient relationship, thus reducing the direct benefits of a highly trusting relationship mentioned before.

In my grandfather’s days doctors were seen as demigods. Questioning a doctor’s prescription was considered blasphemy. He would ceremoniously follow whatever his general practitioner prescribed. The therapeutic effect he derived from treatment was immense. Today in my general practice clinic, I see several youngsters walking in with printouts of information about various illnesses downloaded from websites. They ask me for particular antibiotics to be prescribed. Despite this, I notice some aspects of a doctor patient relationship which remain unchanged. Be it my grandfather’s physician or me, both of us commanded a level of respect in the community, both our patients experienced an assurance of getting treatment if they visited us, both of us were known to be competent doctors, and both of us had a group of loyal patients who would vouch by us. Some dimensions of trust in the physician have remained the same though the factors which influence trust are fast changing.

Competing interests: I declare that I have read and understood the BMJ Group policy on declaration of interests and I hereby declare that I am supported by the INSPIRE Fellowship of the Department of Science and Technology, Government of India.