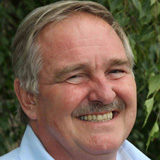 One of the paradoxes of current UK alcohol policy is the remarkable differences between ours and that in France. In the UK we have seen the use of, and damage from, alcohol increase very significantly over the past two decades whereas in France the opposite is true, alcohol harms have been falling, and are now less than those in the UK.

Part of the reason for the difference is the behaviour of the alcohol industry in the two countries:

In the UK we have seen a marked increase in the marketing of super-strong lagers and beers which represent the cheapest way of getting alcohol. In contrast, in France access to cheap alcohol, particularly traditional low quality wines, has been actively suppressed by pricing. The UK drinks industry defends its marketing of cheap strong alcohol on the grounds of consumer choice even though they know that they, not the users, created this market; I suspect it is a deliberate ploy to get as many young people as possible addicted to alcohol, so ensuring a continuing customer base.

In France, the real wonder is that the pricing of cheap wine out of the market has led to producers improving the quality of their product. This in turn has led to the French wine industry becoming more profitable despite lower sales—there is more profit in quality wine! Thus the French have achieved a virtuous circle of reducing the harms of alcohol by reducing consumption yet making the industry stronger. Time now surely for the UK industry to make the same changes to everyone’s benefit?

David Nutt is chair of the Independent Scientific Committee on Drugs, and the Edmund J Safra professor of neuropsychopharmacology and head of the department of neuropsychopharmacology and molecular imaging at Imperial College London. In the ALICE-RAP project, he leads WP9 on the determinants of chronic relapse, cessation, and recovery from addiction.

Find out more at bmj.com/alcohol