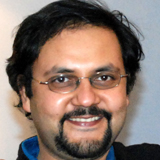 Expectations of quality of life, safety, working conditions, and professional advancement have kept most of India’s doctors away from its rural heartland. Yet, this story has its heroes. There are doctors, few and unsung, who have taken the path less travelled, and serve in areas of rural India where no one else wants to be.  Such is the case of Umesh Kumar Sahu, who served at a primary health centre (PHC) [4] in Chhattisgarh, a state in central India, which has one of the lowest densities of doctors in the country.

Chhattisgarh is characterized by a large tribal population (almost 30%), and rich natural resources, including dense forest cover (almost 44% of the state is forested). But, there is a dark side to life in Chhattisgarh—decades of armed conflict between Maoists and the government forces has brought danger into the lives of many, and left parts of the state largely untouched by the economic progress that has marked other regions of the country. In particular, health and development workers, reporters, and government officers face immense risks by living and working in this area.

Surprisingly, and despite all this conflict and poverty, several innovative initiatives towards providing healthcare have been born in Chhattisgarh. These have ranged from introducing a recent large scale community health worker initiative, the Mitanin Programme, which has now been scaled-up nationally. In an attempt to bring clinical services to rural citizens, the state started training, for the first time in the recent past, a cadre of clinicians called Rural Medical Assistants (RMAs), who will serve at PHCs [5]. In parallel, the state has also invested in recruiting doctors of traditional systems of medicine, collectively known by the acronym AYUSH (Ayurveda, yoga, unani, siddha, and homeopathy) [6], such as Sahu—a doctor of Ayurveda—to serve at PHCs.

Health and development workers are often required to live and work in harsh conditions and navigate long distances to reach distant communities. In Chhattisgarh they also have to sidestep revolutionaries and mines. Sahu was almost blown to death by a mine on his way to hold a health camp at a village. These doctors serve their people with the barest of infrastructure. Places to live in are limited in the villages; at best a room without a fan or toilets. Sahu lived in a school building that housed both his two-roomed primary health centre and a primary school.

The communities they serve also present their own unique challenges.  In the tribal areas of Chhattisgarh, local communities are both unaware and wary of modern medicine. Superstitious practices are common; using fire on the chest to cure a cold; on the cheek for a toothache. Doctors like Sahu have to spend a lot of time gaining the trust of those they serve, often starting with small steps, as he said, “I had an idea to take a few classes in the school here, starting with hour long classes, after which I began discussions on ending superstitious health practices, and encouraging them to visit the health centre in case of an illness. One day I would take a class, the next day, I would go to their village to conduct a [health] camp. We would go house to house. Check if there were any sick people, if so, we would ask how the illness was being treated. Three to four of us, including the nurses, a biochemist, and others would go. I doubt there is anyone here who does not recognize me now.” Over time, almost 150 patients would visit the health facility daily, with many choosing to deliver their babies at the facility.

The remote and difficult working conditions faced by health workers often translates to absenteeism from positions or an unwillingness to risk personal time and safety to provide services. For health workers with families, this could also mean sacrificing better education for their children, and amenities that may, otherwise, aid a better life. For Sahu, dedication meant living on campus and ensuring that he and other health workers were accessible to provide medical services at all times.  His attempts to move to a higher healthcare centre were halted by protests from villages who had come to depend on him, a doctor, who said of his services to the people there, “Even if I don’t do anything, but just talk to them, they like that. If an extremely poor patient comes to me, I will speak to them at their level. If the patient doesn’t have money to buy medicines, I will pay for it.”

For every doctor, like Sahu, who serves with dedication and interest, there are many others, for whom there are limited incentives in tackling the social and political situations that form just one aspect of serving in remote and difficult locations. Introducing health and development policies, such as increased human resources, is just a part of the battle. Ensuring effective policies, ones that don’t just place doctors in rural areas, but ensure that they and their families have adequate living facilities, opportunities for professional development, a safe working environment and other incentives are needed to motivate these professionals to perform their duties well and to attract health and development workers to remote areas, and reduce attrition and absenteeism. These, in turn, will influence the quality and quantity of services provided.

“The main thing is to gain the confidence of people. Once that’s done, half the battle is won,” Sahu said of providing health services in the area, “I did want to leave; who doesn’t want to stay somewhere nice? But, if a person is interested in his work, he or she can work anywhere. I am here because I want to be. If others want to leave, they should go. Why get stuck unnecessarily?” Between the time of the interview in 2009 and 2012, Sahu was transferred from his initial posting at the Adenga PHC to an even more remote district of the state. Less than 30 years of age, having survived a bomb explosion, he contracted malaria and died of resulting complications. In an interview given to a team of public health researchers in 2009, he narrated the story of a colleague, Dr Pandey, who, like him, provided outpatient medical services to over 200 patients a day. Dr Pandey died from a snake bite.

Krishna D. Rao is senior health specialist at the Public Health Foundation of India (PHFI). He is also visiting faculty at the Department of International Health at Johns Hopkins University. His research interests include health systems, health financing, and programme evaluation.

Radhika Arora was working as a Research Associate at the Public Health Foundation of India at the time of writing this blog piece.  She is presently a enrolled in a Masters program in public health.

Competing interests: “All authors declare that that we have read and understood the BMJ Group policy on declaration of interests and we have no relevant interests to declare.”

The views presented by the authors are solely theirs and not of their affiliated institution.