Columnist Charles Moore asked in The Spectator magazine last week if the Liverpool Care Pathway might have inspired more confidence if it had been called, say, the Oxford Care Pathway.

Was Moore referring to Oxford as an ancient seat of learning and innovation, or lazily perpetuating the myth that Liverpool is synonomous with riots, poverty, and crime and therefore incapable of either developing or inspiring confidence in a tool to deliver end of life care? (It was the city’s Marie Curie Hospice that collaborated on an end of life care pathway for use in hospitals in the late 1990s, BMJ clinical fellow Krishna Chinthapalli reminds us in his blog).

David Mowat, Conservative MP for Warrington South, suspects Moore, who lives in Sussex, might be displaying southern snobbery towards the great northern cities of England. Those of your readers who live north of Birmingham are keen for him to share his insight,” he says in a letter published in the current print issue.

The Spectator is not alone in devoting online and print space to the pathway and a debate about its merits and shortcomings. The BMJ and Daily Mail seem to have turned it into a cause célèbre, but from very different standpoints (although both seem to have ignored Moore’s suspicion that the pathway’s brand was damaged because of its association with the home of Cilla Black and the Beatles).

A search of BMJ rapid responses about the pathway returns 105 results. A similar search of articles returns 65, dating back to 2003, a few years after the pathway was first developed.

The most recent flurry of coverage was triggered by Glasgow GP Margaret McCartney’s Medicine and the Media examination of the Mail’s campaign against the “controversial guidelines on ‘hastening death.’” Margaret’s article had nine responses, all of them from the UK.

Our assumption at the BMJ was that the pathway was widely recognised internationally and so is of interest to readers outside the UK (we make a similar assumption about latest NICE guidance and certain NHS-related topics, particularly rationing and system failures).

Was this assumption wrong? Maybe. We press released McCartney’s spirited defence of it  but my colleagues in the press office say it was largely ignored outside the UK.

A good indication of international interest in the Liverpool Care Pathway is the extent to which it gets covered in other general medical titles. But neither NEJM nor JAMA covered it, at least if you believe their search engines. The Lancet, based in the UK, returns just one article from November 2012 announcing the Association of Palliative Medicine’s review. 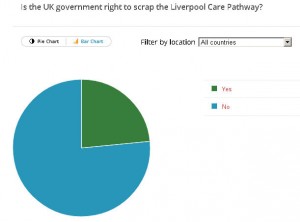 Last week we decided to dedicate our weekly online poll to the pathway, asking if the UK government was right to scrap it. The poll closed today, and of the 703 votes cast from 44 countries, 76.55% (538) said the government was wrong. Predictably, most votes came from the UK (595) and 458 of them (76.97%) voted no. In other words, the 108 international votes did not influence the result. Interest from outside the UK was neglible. The second highest number of votes came from Australia (18). New Zealand came third (14).

The above figures do not include readers in India and the US, where we can run separate polls. In India we decided to ask the same question, but to collate the results separately. It received just four votes in seven days. We hope our new India poll, Is bariatric surgery the answer to India’s growing obesity and diabetes problems?—will excite Indian readers more.

In the US we changed the poll question after two days (and ten votes) because we posted an article about payment models and the Affordable Care Act and we felt (rightly as it turned out) that this would be of more interest to US readers.