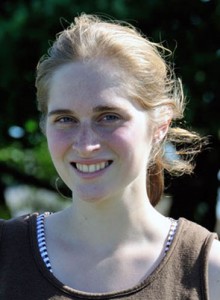 One of the great things about being a BMJ Clegg scholar is unlimited access to BMJ articles, coupled with enough free time to read about the weird and wonderful topics that the “real” medical world concerns itself with. Sometimes, however, the findings are not so pleasing. A recent Clinical review on adolescent idiopathic scoliosis (AIS) managed to muddle up my feelings and thoughts quite a bit with the simple statement: “Bracing in AIS is controversial, with treatment effectiveness remaining questionable based on available evidence.”

I was diagnosed with scoliosis at the age of 13. My curve angle was never dramatic, and it wasn’t until my last routine check-up that the paediatrician recognized that I wasn’t quite straight. An orthopaedic specialist prescribed a brace, to be worn until I stopped growing. The brace looked like a piece of medieval armour, battered by a few cannon balls to bulge out on one side and cave in on the other, made of hard plastic, held tight by two huge buckled straps.

The review states that “Various factors can hinder successful brace treatment. Poor adherence is common.” I agree. But I was adhering strictly. With the mad discipline that probably characterizes medical students to-be, I even wore my brace on holiday at the beach. It wasn’t easy, especially in the first weeks when I woke up at night because the brace intentionally left little space to breathe except into the bulges. I had to change my undershirts every few hours because under the tight plastic they got drenched in sweat even on a cold day and then rubbed on the skin, leaving huge scarlet bruises. Add to that the tears of a teenager throwing out all tight-fitting clothes because they accentuated the clumpy shapelessness of the brace, and I can’t blame anyone in this situation who didn’t have the same sense of adherence, or compliance, or obedience. As a teenager you have an awkward attitude to your body anyway, which is horribly exacerbated by a clumpy device, which in trying to correct deformity makes it all the more obvious for everybody else to see.

However, this sense of blame pervaded every appointment at the orthopaedist. It also came across more subtly in the well-meaning, but daunting stories told by (mostly adult) friends about girls they knew, or had heard of, who had only worn their brace at night for vanity’s sake, and, as a result, they implied, come out as kinked as ever. The review takes a rather more cautious stance. “Families must be counselled that there is a risk that bracing may not be successful, but that the chances of success are improved with discipline and adherence to wearing the brace for the recommended time.” The need for discipline was made rather clear to me, but I was unaware that there was controversy about success rates, and as to what “success” was. I naturally assumed that the objective was to straighten me out. In those days, my trust in doctors was unquestioning, so if I didn’t wear my brace 23 out of 24 hours a day, I would have only myself to blame for retaining the ugly kink.

After two years at medical school, I’d be rather more cautious, because it sometimes seems that even simple decisions can run up against a wall of controversy. Would I strap myself into the device as willingly, now that I know it has “questionable treatment efficiency?” Probably not. Thinking back to the orthopaedic appointments now makes me shudder. This doctor with his paternalistic attitude, who was capable and well-meaning, but never explained any procedure or decision, gave no differentiated view including the possibility of treatment failure, and sought no cooperation except compliance, to me now embodies everything I don’t want to become as a doctor.

However, that said, the issue I haven’t yet managed to resolve for myself is that he might have done exactly the right thing. The blame strategy worked. My curve hasn’t gone away, which to me seemed like a failure, but at the latest check-up it hadn’t become bigger either. Today, from the review, I discovered that “The primary goal of bracing for scoliosis is to halt curve progression.” Is this victory? Maybe my naïve discipline, sustained by paternalism, and lack of information, was useful after all. Would I have been as determined when faced with “buts” and “ifs”? I don’t know.

Eva Dumann is a BMJ Clegg scholar and has just completed her second year of undergraduate medicine at Peterhouse college, Cambridge.