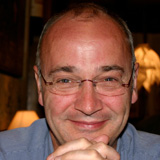 Most science—and I am going to include medicine here—is based on the idea that you build on the work of others. To do this meaningfully requires that you can challenge what has gone before you. All claims must be subject to scrutiny, and openness about the factual basis for any such claims facilitates this process. This is of course the basis of peer review, but real peer review in science is best provided by the larger community of peers, rather than the few reviewers a journal editor chooses. Of course this process isn’t limited to science, but is a feature of most open systems — academia in general. Clinical medicine has not always worked this way, but over the last few centuries medicine has benefited from the adoption of such a peer-to-peer culture.
The Scotsman published a report recently about Scotland’s out of hours service (NHS 24) that, on the face of it seems to run counter to such openness. The story concerns a patient who had a surgical procedure in hospital, and then had post-op bleeding. Subsequently, concern was raised about the standard of the advice she had been given by NHS 24 over the phone, and whether her course had been adversely affected. The Scotsman quoted a response from NHS 24 that seems to ride roughshod over openness:

“NHS 24 said it could not comment on individual cases due to patient confidentiality. It was also unable to give details of its protocol on heavy bleeding as the information was owned by its ‘clinical content supplier’”

The issue about confidentiality may be real, but I often wonder whether it is used as an administrative fiat to stifle criticism. However, the claim that a health service provider or individual clinician is unable to provide a justification based on open clinical evidence for a clinical decision seems to run counter to what most of us expect from anybody involved in providing clinical care. If it is not possible to examine this evidence, how do we know it is sensibly based? Is it clinical dogma or are there experimental published data to support such beliefs? Seemingly, NHS 24 says we are not allowed to know.

Debate widely ranges about the various limitations on openness—patents and copyright—and to what extent these devices encourage or discourage invention and innovation. The issue about pharma not being fully open with researchers and the public is a very topical one. But here we have a public body unwilling to openly justify the data underpinning clinical decisions, knowledge that traditionally has been in the open domain (if not always behind a paywall) and subject challenge. If this were an individual doctor, how would the courts or the General Medical Council proceed?

Jonathan Rees is grant chair of dermatology at the University of Edinburgh. His clinical interests are in skin cancer. His research has been on red hair genetics, and more recently teaching and learning in dermatology. He blogs at www.reestheskin.me and tweets at @reestheskin