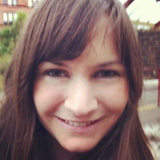 The conference “Selling Sickness: People before Profit” was held in Washington, D.C. on 20 – 22 February 2013.  It was organised by Leonore Tiefer, a scholar and activist in sexuality, and Kim Witczak, an activist who became involved in pharmaceutical drug safety issues after the death of her husband, Tim “Woody” Witczak, in 2003, as a result of an undisclosed drug side-effect. There was no university or any other organisation attached to the event, which no doubt caused a strain on the organising committee who had to raise the funds themselves, but was somehow appropriate: no one could accuse this conference of being in anyone’s pocket.

The background of the organisers reflected the conference’s audience: a mixture of academic researchers and activists. In her opening speech, Tiefer explained that one of the aims of the conference was to bridge the academic/activist divide. After all, they all had at least one thing in common: a desire to explore both the ways in which the practice of medicine has become entangled with commercial enterprise, and the methods for tackling this seemingly unassailable situation. And, despite the serious and upsetting topic, there was generally a positive atmosphere, as attendees came together to tell their, often personal, stories, and to share their perspectives on how matters could be improved.

True to the name of the conference “People before Profits,” the general consensus of attendees seemed to be that the current system of medical care is one of putting profit before public health. Speakers explained that the “social contract” between medical enterprise and civil society is in need of being reshaped so that it balances in favour of the latter. The purpose of the conference was to begin the work towards achieving this.

Sidney Woolfe, from Public Citizen’s Health Research Group, also an opening keynote speaker, pointed out that there is a lack of independence at the FDA, which receives much funding from the pharmaceutical industry. He also drew the audience’s attention to the fact that the sizeable financial penalties the pharmaceutical industry sometimes face are ineffective: the industry simply builds them into its business model as another cost which ultimately does not prevent the profitability of its practices. These speeches illustrated both the ways in which the big business of Pharma operates, and its current entanglement with the political establishment.

This vein continued throughout the conference, with speakers highlighting the multifarious problems and discussion on how these could perhaps be tackled. In the “Roundtable: Researchers and Scientists” session, discussion centred on how medicine was motivated by the bottom line. The fact, highlighted by John Abramson, that pharma currently funds 85 per cent of clinical trials, combined with the industry’s strong political influence, made it hard to see how this can be altered. There were some proposals of ways in which the situation could be changed, though with recognition of the difficulties. Joel Lexchin pointed out that the current model is based on drug companies being paid for the number of pills they sell. He suggested that this could be altered so that instead they are paid on the basis of the benefits their products have.  However, he pointed out that this would require a lot of political will, which is at present absent. It was also suggested that matters would be improved if research was moved into the public realm, but Marc-André Gagnon raised the unavoidable question of how this would be funded.

In the session on “Corruption,” Leemon McHenry gave a brilliant talk entitled “The End of Medical Ghostwriting,” based on a recent paper by himself and Jon Jureidini [1], in which he also emphasised the alliance between the pharmaceutical industry, researchers, and journals: “the industry-investigator-editor complex.” This alliance claims to have dealt with the issue of medical ghost writing, but McHenry pointed out that it is merely giving the appearance of having taken the moral high ground, with the reality being far removed. Further, he asked the salient question that, since these actors were complicit in the practice of medical ghost writing to start with, how can they be trusted to clean it up?

Another interesting session was the one on “independent resources for journalists, health professionals and consumers.” Here we learnt about some of the resources available to investigate bad practice that has taken place in the past, for example the Drug Industry Document Archive (DIDA). We were also told about ones available to assess the veracity of medical articles, both in the academic and trade media, such as International Society of Drug Bulletins and Health News Review.  And there are resources that can be used to check the conflicts of interests of doctors (Propublica’s Dollars for Docs), though this is only relevant to those in the USA. Unfortunately, DIDA has limited funds and is therefore not able to currently improve their site so that it has the functionality that can be found at the Legacy Tobacco Documents Library; however, the audience called for people to continue to add documents despite the minimal functionality, as that could be improved in time.  The main thing is to get the documents up in the public domain.

My main criticism would be that the conference was very much focused on the North American health system, in particular that of the USA. This emphasis is perhaps not surprising, considering the conference was being hosted in Washington, its organising committee was made up of people in the USA, the speakers were mostly from North America (with a few Europeans), and the US health system is one of the most commercialised.  However, the power of Big Pharma sweeps well beyond these high-income country borders, and it would have been nice to have some discussion on the ways in which profits are put before people in other parts of the world.

That said, overall the conference was excellent, bringing together critics of the industry from a variety of areas who were all able to share their experiences, research, and knowledge. The activity of the passionate attendees was non-stop, with even the lunchtimes being spent establishing book groups and networks, developing industry-independent online medical curricula and throwing around ideas on how to implement the conference’s “Call to Action on Disease Mongering.” Despite the often tragic nature of the topics and discussion, attendees were left with a feeling of enthusiasm and optimism knowing that, while there was a fight to be had in the attempt to separate medicine from commercial enterprise, it is one which others are willing to join.

I declare that I have read and understood the BMJ Group Policy on declaration of interests and I hereby declare the following interests:

Funding for my PhD research is provided by the Economic and Social Research Council, UK.
The BMJ provided funding for travel to and attendance at the Selling Sickness conference. I was employed as commissioning editor for Lippincott Williams & Wilkins, part of Wolters Kluwer Health, developing their UK allied health book list: full time (2008-10) and as a freelancer (2010-12).