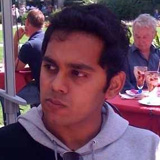 Is a calorie just a calorie? Or is the energy derived from carbohydrates, calorie for calorie, qualitatively different from that derived of fat? Put another way, is obesity a disorder of energy balance in the body, wherein we consume more calories than we expend, or is it a disorder of hormone regulation, one that has little to do with calorie count? These questions were the subject of a heated debate at the Sheldonian Theatre in Oxford this week, between an obesity expert who holds the view—still orthodox among researchers in the field—that one must eat less and exercise more to lose weight, and a science journalist from America who thinks that the medical and scientific establishment have had it wrong for the past forty years.

Gary Taubes, who proposed the motion “This house believes hormones, not calories, make us fat,” is something of a celebrity among fitness enthusiasts and personal trainers. They had travelled from all over Oxfordshire, and in some cases, beyond, to hear him speak, and had begun queuing outside the Sheldonian more than half an hour before the doors opened. Many of them carried copies of Taubes’ books The Diet Delusion (BMJ 2009;339:b5604) and Why We Get Fat in order to get them autographed after the debate.

Calories or hormones?
The event’s organisers had conducted an online poll before the debate, and found that more than 80% of respondents believed that calories, not hormones were to blame. Based on the audience reaction throughout the debate, it seemed that, fitness experts notwithstanding, the vast majority was on the side of Professor Philip James, head of the International Association for the Study of Obesity, who spoke against Mr Taubes.

The context of the debate is relatively straightforward. Over the past forty years, a consensus has emerged among researchers and medical practitioners that there are three determinants that influence fat accumulation in the body, and therefore the predisposition to obesity, heart disease, and diabetes: food intake, exercise, and dietary fat. [1] The justification for the inclusion of the first two is the law of conservation of energy, often dressed up as common sense: body weight, the argument goes, is a function of the difference between the calories we consume and the calories we expend. The third component, dietary fat, comes from Ancel Keys, who in 1953 first linked dietary fat to atherosclerosis and heart disease, and then later, to obesity. It is probably fair to say that when thinking of weight loss, the conventional approach is to think of a low-fat, low-calorie diet, and greater physical exercise.

Before the 1960s, however, an alternative hypothesis prevailed. Obesity is, several researchers argued, less a function of food intake and exercise, and more an effect of hormonal changes in the body. The rationale was simple: insofar as researchers knew at that point, there was only one hormone responsible for fat synthesis and storage, and that was insulin. (The picture is more complicated today, thanks to the discovery of leptin, and the roles of sex hormones, but these are not relevant to the debate here.) A problem with insulin could at once explain diabetes and obesity. This basically meant that the only way to lose weight was to stop eating those foods which caused high and frequent insulin spikes: mainly sugar and simple, processed carbohydrates.[2] This rationale would of course later give birth to the Atkins Diet, which some clinical researchers still for the most part dismiss as a fad.

Calories or carbs?
So, the Oxford debate effectively boiled down to a debate between the various diets and how they affect our body: should we count our calories or our carbs? In framing the proposition as they did, the debaters risked suggesting that hormones worked independently of diet. A more accurate proposition would have been: “Hormones, not overeating and laziness, makes us fat.” Are we fat because we eat too much and are lazy, or are we induced or determined to our behaviour by factors outside our conscious control? Both Professor James and Mr Taubes went to great lengths to avoid blaming those who were obese. They were victims, nor perpetrators. They suffered from a disease, not from a lack of will. Where Professor James laid the blame almost entirely on the food industry and its marketing practices, Mr Taubes was more critical of the medical and research establishment, whose health policies, he thought, had exacerbated the obesity epidemic.

The chair of the proceedings, the epidemiologist Sir Richard Peto, was quick to point out that there was a trivial sense in which both men were right. To starve someone and to over-exercise them would certainly make anyone lose weight, and to cut sugar and simple carbohydrates from the diet often resulted in a reduction in the total calories. The point of the debate was whether a person eating the same number of calories as another, but one that elicited an insulin response far less potent, would lose more weight and faster.

Mr Taubes’ arguments were two-fold. One, we have forgotten valuable research into human nutrition and endocrinology performed in Germany and Austria before the second world war, which, he said, clearly showed that insulin was the most important determinant of body composition. Colourfully, he suggested that while we remember Einstein, Planck, and Heisenberg, we have ignored their corresponding equivalents in biology such as Gustav von Bergmann. Take these into account, and the seeming consensus of the past forty years quickly breaks down. Two, to suggest that body fat was a function of the difference between calories consumed and calories expended was, in his view, begging the question. It was, he put it, the logical equivalent of saying that the Sheldonian Theatre was crowded because there were more people coming in than going out. It did not explain why the people were there in the first place, nor why they refused to leave.
For Professor James, while hormonal and enzymatic regulations were of themselves important, they were not the primary determinants of body composition. That had to do with our sugar and fat intake. The epidemic of obesity, which he said reached a tipping point in the 1980s, had much to do with what he called “a toxic environment”: the ready availability of large quantities of food, the greater preponderance of technological structures which obviated the need for daily physical exertion, and the capitalist culture that engendered both. He also alluded to the trial, published in JAMA [5], that suggested that while low-carb diets might produce greater short-term weight loss, the long-term profile of both low-calorie and low-carb diets were the same.

Professor James seemed much less secure than Mr Taubes in his manner of speech, but much surer of its content. Academics in the front rows were nodding their heads, while the fitness specialists were shaking theirs and objecting in exasperation.

Mr Taubes did not draw attention to the lack of strict adherence to the diets in most of the trials, nor the high drop-out rates. But, he wondered why, when low-fat and low-calorie diets have been around for the past three decades, obesity was fast becoming a pandemic. If, despite the availablity of anti-retrovirals, the AIDS pandemic continued to claim greater number of lives every year, would we still consider HIV infection as its cause, he asked.

Professor James criticised the support for low-carb diets, the long term effects of which are still unknown. But when he referred to the oft-quoted but unsubstantiated media reports that Dr Robert Atkins died from a heart attack induced by atherosclerosis, the diet’s devotees were quick to point out that he was wrong. Dr Atkins’ cardiac arrest was, according to the physicians who treated him, caused by a chronic infection, not his diet, they said.

Sir Richard now weighed in, asking Mr Taubes how people in Japan and China ate a predominantly carbohydrate-rich diet and yet maintained low rates of obesity. I did not hear a convincing rebuttal from Mr Taubes, but, in response to a question by an audience member later, he pointed to native American tribes and societies in the Caribbean where, even though the population was poor and suffered from malnutrition, rates of obesity were high among women before the second world war. These populations primarily consumed sugar and starch. (He later told me that he had not seen one society where obesity was prevalent and where they did not consume simple carbohydrates.)

The role of the food industry
A don in the front asked Mr Taubes if he disagreed with Professor James that the food industry had a big say in the obesity crisis. Mr Taubes wouldn’t be drawn on the issue, but said that the food industry alone could not be blamed, when they followed the medical establishment in putting low-fat diets on to the market that were high in sugar and starch. Equally, there were places where starvation and obesity co-existed to an alarming degree, he said.

I asked Professor James whether he still held that dietary fat had an important role in obesity, despite the fact that a 2002 Cochrane systematic review [8] and the 2008 study by Shai and colleagues [3] both found that low-fat diets were no better than any other diet in achieving substantial weight loss. Due to the energy density of high-fat diets, he thought fat restriction was still a useful way to restrict calories.

The issue of how sugar affects the balance towards synthesis and accumulation of fat was another point of difference between Professor James and Mr Taubes. For Professor James, the primary concern appeared to be that sucrose, when broken down into glucose and fructose, might influence brain regions that control appetite, and therefore promoted overeating. Mr Taubes held, on the other hand, that sucrose, at high concentrations, stimulated high levels of insulin secretion due to its glucose content, and subsequently, the fructose was preferentially directed towards synthesis of triglycerides, and therefore lipogenesis.

When Mr Taubes suggested that his proposition was that “the quality, not the quantity of calories” mattered, it drew loud protests from the academic researchers in the front rows. To them, it seemed, a calorie was a calorie.

The voting seemed to go 60% to 40% in favour of Professor James, though Sir Richard benevolently called it a draw.