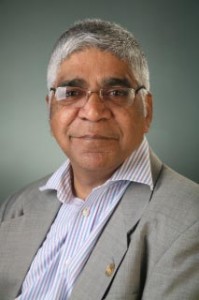 The genesis for this blog was listening to 34 fascinating, highly technical  lectures including “How I do it” sessions at an international neurosurgical update for young neurosurgeons.

Operating theatres resembled the control room of the Mars mission.   As one trained in  the BC era (Before Computers = Before Christ)  it is obvious to me that surgery is changing. Brain surgeons will now have to be brainy surgeons with  Ph.Ds in engineering, technology, physics and imaging.

Surgeons will be injecting genes piggy backing on viruses, into tumors.  They will be observing a brain needle on a giant screen , automatically and  dexterously avoiding blood vessels, on a highly illuminated super highway leading to the tumour.  3D MRI  tractography  with annotations, describing  specific functions of nerve fibres on the way, will also  be displayed. Surgeons will intuitively selectively “tie” blood vessels (several centimeters away leading to the tumour)  thus starving tumours, resulting in their eventual  death.

Operating on the unborn patient could  be a logical sequel to sophisticated antenatal  diagnosis. Deep brain stimulation, now carried out for Parkinsonism, may even  be extended to management of obesity and  hypertension.

The rapist of the next decade will be on parole with an electronic chip implanted in the amygdala. When even a thought of an antisocial nature occurs, the change in electrical activity could  be detected, and further impulse propagation to the effector organ arrested.

Brain tumours will eventually be visualised  through the intact skin and skull. (Sony had to withdraw see-through infra red  cameras after protests from women’s organizations – the technology already exists). The neurosurgeon needs to be an engineer and technologist,  a master craftsman adept in  neurobiology –  a plumber and carpenter par excellence, a truly multi faceted skilful individual. New skills must be constantly acquired – what got you where you are now will not keep you there.

However, should not the young neurosurgeon, to whom I would certainly give my brain to repair, look  beyond  technology  and surgical  expertise? Rudyard Kipling  once remarked “What do they know of England, who only England know?”   The first step is to understand that developing traits, quality, character and  sterling values will ultimately make one a better surgeon,  than mere access to sophisticated armamentarium.

The empathising surgeon should learn to communicate and communicate.  S/he  should be the embodiment of clinical judgement and wisdom. Even today there is a role for no intervention, delayed/less aggressive intervention . One must treat  the family, treat the individual with the tumour, not just the tumour or the image on the MRI. One should never forget that we  can die  with a benign timour, and not  necessarily of one.

Operatis prurandi often afflicts the most skilful aggressive surgeon. The surgeon may be bold, but often it is the patient who is  bolder in giving consent. Today, unlearning  and   relearning  is more  important than learning. Mid course corrections and  responding, rather than  reacting, is crucial.  We are what we repeatedly do, and for success one has to do the job one hates the most.

Looking far afield  helps one to see better what is closer to home. Focusing  on long term results and  goals, acknowledging uncertainty, and using one’s  support network  are all essential traits. A leader willing to listen and  look  from the balcony, a frontrunner who has realised that there is no I in TEAM (Together Everyone Achieves More ), a head who understands  strategy, planning  and execution.

Raising the bar –  not being  content with low hanging fruits and looking  at every failure as a learning experience – these qualities should be in the very DNA of every surgeon. The ability to take a quick  effective decision, retreating if necessary, defines a surgeon as much as a platoon commander

An astute  clinician never ever discounts history/and observations of the patient and the family.  Harvard Business School, citing decisions taken by Fortune 500 CEOs, concedes that there is a place for Emotional Intelligence.

We are healers first and technologists later. A combination of the surgical skills of the Indian surgeon Sushrutha, (who several millenia ago introduced surgery to the rest of the world), the  compassion of  the erstwhile Kolkata based Mother Teresa, the scientific acumen of of India’s first Nobel Laureate in Physics Sir CV Raman (who exemplified  innovation in the 1930s), the pragmatic “ Karma Yoga” (enunciated in the Indian scriptures where the highest form of worship is work without seeking rewards) , shrewdness and IT skills  exemplified by the Indian IT industry will produce Superman, which is what the surgeon of today needs to be.

See also: The surgeons who are not doctors