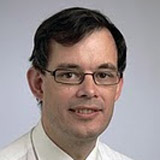 Pestilence, along with war, famine, and death, is sometimes portrayed as one of the four horsemen of the apocalypse of the Bible’s Book of Revelations, which describes, amongst other things, the coming of the end of times. It is a compelling image and indicative of the fear that plagues have engendered throughout history.

Plagues are great inducers of fear because though their causes are invisible their consequences are not, and their victims are arbitrarily plucked from life in a pattern we can’t discern and in ways for which traditionally there was no specific treatment. Like war and famine (and perhaps doctors) plagues are no respecters of borders and they often ride together. In refugee camps, the bringing together of large populations, often weakened by difficult migrations and deprivations, in relatively small areas that may be stressed from lack of water and sanitation, creates an environment where infections can thrive.

A new outbreak now afflicts the refugee camps of Maban County, South Sudan where Médecins Sans Frontières (MSF) provides medical care. The refugees are mostly fleeing fighting in Blue Nile and adjoining provinces of Sudan, itself the last part of a long conflict in the region. Over 100 000 people moved into Maban County last year, a remote area that traditionally supports a much smaller population. Now in Maban’s camps of Jamam, Gendrassa and Batil has come an outbreak of hepatitis E that has affected thousands of people. It presents as jaundice or “yellow eyes.” It strikes young healthy people, especially pregnant women in whom it has a mortality rate of around 20%. In the overall infected population around 2% die, including up to 18% of those admitted to hospital.

I recently visited Batil and Jamam as part of the MSF response to the outbreak. One of the clinic tents at Batil is devoted to acute hepatitis E patients, up to 12 at a time, who are receiving “best supportive care” which is a term used by doctors when there is no specific treatment other than fluids, feeding, monitoring, and nursing. The patients are confused, sick, and need constant support, much of which is given by relatives who comfort and control the confused, made encephalopathic by liver failure.

A second tent has been opened for pregnant women, admitted for short term observation, to keep them separate from those in liver failure. While I was at the camps, someone died from hepatitis E most nights. All the elements are there from the plagues of the past. Infection and death strike arbitrarily, and there is no specific treatment. Refugees are anxious, and healthcare workers are stressed. Ongoing prevention through better water supplies and sanitation to prevent the spread of disease is the key intervention, but the time between infection and disease is around six weeks and it is hard to see a response. Eventually the number of cases will decline as in other camps and eventually hepatitis E will disappear.

Many opportunities exist to improve care. Hepatitis E has been widely reviewed but it has been written that hepatitis E is so neglected it could not make the list of neglected tropical diseases. Vaccines against hepatitis E have been tested but not approved for use in an outbreak. Nevertheless, multiple outbreaks have occurred in camps for refugees or IDPs in the recent past including Uganda, Central African Republic, Darfur, and now South Sudan. No conclusively proven specific treatment exists for this setting, though ribavirin, a widely available antiviral agent that is unsuitable for use in pregnancy, has been given as treatment in individuals.

Sometimes it is hard to be optimistic in the middle of the battle against this invisible enemy. Solace can be found in the good company and work of colleagues. Traditionally the white horse associated with pestilence is also associated with conquest or victory. Hope is usually associated with the butterfly, but I found it in the donkeys. MSF has set up a system of donkey ambulances in Batil camp that allow people too sick to walk to get to the hospital. The donkeys can be seen around the camp, sometimes hauling their passengers, and sometimes, as pictured here, at rest, refuelling, and getting ready for more work.