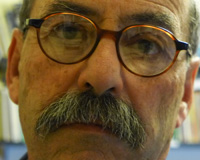 Do doctors and judges inhabit different worlds? A judgment handed down this week makes me feel they do. I do not think justice has been done in the case of Sean Maguire. Dr Maguire was the GP who, on 29 August 1993, saw a two year old child with a runny nose, which he diagnosed as an URTI. A month later, on 30 September, another GP saw the same child, again with a runny nose, and made the same diagnosis.

It transpired that the child’s clear nasal discharge was not just snot, it was cerebrospinal fluid that was leaking from a presumed skull fracture that had occurred in June 1993, more than two months previously.

You might be excused for thinking that a CSF leak in a young child was not very high on the list of differential diagnoses in a well child with a runny nose.   But this fracture wasn’t occult—it had been diagnosed in June at the Royal Manchester Children’s Hospital, where the child had been seen and discharged, with the expectation that the leak would heal itself (which it didn’t).

After seeing the two GPs, the child had a hospital follow-up appointment on 5 October. He still had a runny nose, and the neurosurgeon who saw him arranged a cisternogram on 13 October, with a view to surgery on 15 October, to close the CSF leak. Sometime in the 10 days between the neurosurgical consultation and the planned surgery, the child developed pneumococcal meningitis.  The result was brain damage and epilepsy.

The parents sued Dr Maguire. The defence organisations of the two GPs settled for £3.7m in damages and £571,000 in legal costs.

Was the child’s illness and subsequent disability the fault of Dr Maguire’s negligence? Or was the neurosurgeon who saw the child a few days before he became ill equally (or more) responsible?

High Court Judge Barry Cotter was in no doubt that the GPs were the guilty doctors, and not the neurosurgeon. It was, said the learned judge, an example of “the all too familiar scenario” of a patient’s parents “being wrongly reassured that little was amiss after a clearly inadequate assessment by a visiting GP.”

I don’t know how many home visits Judge Cotter has made in his no doubt long and distinguished career as a lawyer and judge. But my reading of his judgement makes me wonder if he and I may be living in parallel universes.

There are so many elements of the clinical history that make this case difficult to judge. Sending the child home from hospital in June seems a reasonable thing for the hospital to have done. Advising the parents to bring him back to hospital if there were any problems seems right.

From the parents’ point of view, seeing a GP two months later because of concern about a runny nose is what many parents would do. The parents apparently mentioned the head injury at the time of this consultation, but I doubt if many GPs would consider this relevant two months after a head injury.

When a second GP saw the child at the end of September (now more than three months after the original problem) the likelihood of a persistent CSF leak would have seemed pretty remote.

But if guilt is to be apportioned, I can’t quite understand why the neurosurgeon who clearly knew of the persistent CSF leak, and who sent the child home in the knowledge that CSF was leaking, shouldn’t bear much of the blame for the eventual clinical outcome.

Judge Cotter clearly disagreed, because he ruled that the damages could not be recouped from the hospital.  The hospital doctors had acted reasonably, he decided.

This whole unhappy incident happened nearly 20 years ago, and it would be nice to think that it couldn’t happen again. GPs now have regular annual appraisals and they are soon to be revalidated every five years. Clinical governance (a term that probably didn’t exist in 1993) has come on leaps and bounds. Communications between primary care and hospitals are much better than they used to be, aren’t they?

But speaking as a jobbing doctor who sees a lot of kids with snotty noses, I’m afraid the same thing could easily happen again tomorrow. It’s not even clear to me that any doctor is truly at fault in this case. I feel for the parents, but I feel equally for the GPs.

Fred Kavalier is a GP and urgent care centre doctor in Camden and Islington, north London.