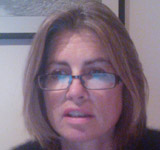 What can Bletchley Park teach us about organisations and organisational life? I have just read an excellent book by Christopher Grey, Decoding Organization (great title), who brings his academic experience in organisational studies, together with a deep delve into archives, to the iconic site of Bletchley Park. Much has been written on this, but it is strangely under studied as an organisation. Grey provides rich insights while debunking myths. Yes, there really were chess playing tweedy mathematical geniuses recruited from Cambridge colleges in Hut 6 – but at the same time it was a complex organisation of 10,000 staff, three quarters of whom were women.

In many ways the story of Bletchley Park challenges all modern precepts of successful organisations – clear leadership, open culture, shared objectives and feedback to staff. At Bletchley Park, it was not clear who was in charge, with continuous friction between the different agencies at the helm, from the Admiralty to the Foreign Office. The chain of command was obscure – a US navy liaison officer arriving in 1942 was amazed to find no organisational chart. This despite the workplace having grown to a complex web of listening stations, interception, decoding, and intelligence functions. There were no shared work goals – beyond the overarching mission and unifying force of war, which Grey does not discount. Textbooks on successful management would have chief executives get up at staff meetings and tell rousing stories of what the organisation has achieved. At Bletchley Park, there was little shared information – indeed, many or most of those working there knew nothing of the breaking of Enigma ciphers, a momentous act which experts reckon shortened the war by two years. Instead, the organisation was characterised by secrecy and highly compartmentalised units. It has been described as a “multiple series of concentric circles,” with 47 fairly autonomous sections. One particularly telling story which Grey tells is of a couple who had both worked at Bletchley Park but never revealed the fact to each other until thirty years later.

Modern management stresses the need for a strong organisational culture with shared values and beliefs. But Bletchley Park appears to be “a multiplicity of different agencies with potentially competing interests.” Grey argues that the organisation was formed from conflicts and negotiations between very different cultures – from the military and civilian, the dons and the clerks.

So how did it work? Grey describes the dense web of friendship connections between these individuals, including the shared backgrounds of many and informal recruitment through universities. While antithetical to modern notions of equal opportunity, some of the core activities were supported by high levels of trust and interconnectedness on a personal basis, something which Grey calls informal “micro-networks.” This enabled for instance competing heads of naval and army “huts,” who had been friends at university, to work out solutions for competing demand for rare resources – in this case, use of analytic devices or bombs. Strong pre-existing personal and social connections helped to avoid institutional conflicts. They also provided a cultural structure that overcame the incoherent organisational structure of Bletchley Park. In this way, it most closely resembles more recent kinds of knowledge-intensive organisations in Silicon Valley.

Many accounts celebrate the eccentricities and amateurism of Bletchley Park – one source notes that a high-ranking foreign visitor was appalled at the (effective) indexing system housed in shoe boxes. But Grey favours the notion of “organised anarchy” – Bletchley Park was charcterised both by efficient rule-based standardisation of work (associated with formal bureaucracy), much of it routine, as well as reliance on personal initiative, networks, and discretion. Not either, but both. Similar arguments have been made for the craft (or art?) of medicine, where evidence-based guidelines do not substitute for professional judgement.

It is interesting that Bletchley Park is recognised as more successful than its equivalents in Germany or US. This is partly because it brought together for the first time the separate functions of interception, cryptanalysis and intelligence, creating a new kind of organisation. But there were also different ways of working – mobilising large numbers of staff on a temporary basis for particular projects – enabling a degree of flexibility and innovation which more established military and administrative structures in other countries may have inhibited. Something of the spirit of the Olympics Games Makers perhaps.

Why does it matter? This thought provoking study brings academic insight, with Grey’s broad hinterland of organisational theory, together with a narrative of a time and place which still fascinates us. It makes me think about some high performing hospitals, with tight networks of semi-autonomous specialist coteries, and “light touch” general management. Grey’s insight is that Bletchley Park’s success may be because of its organisational chaos and porosity and the tensions between diverse units – not despite it.

But it is also his methods and storytelling which excite. Could we use this power of analysis to learn more about NHS organisations and our recent history? Could we for instance start to decode the success of NICE as a unique British institution? What particular confluences led to the creation of this new institution in 1999 – including the momentum of evidence-based medicine, the Child B case, and other headlines on postcode lottery generating the need for political distance and a process to manage the demand for expensive new drugs and treatments? How much did the continuity and traits of the “three at the top” (Mike Rawlins, Andrew Dillon, Peter Littlejohns) contribute to its longevity? What are the tensions between the rational enterprise of evidence-based decision making and the competing interests of different parties (industry, patients, clinicians and politicians) and how were these played out in some of the big stories (tamiflu or drugs for kidney cancer or Alzheimer’s disease)? There are rich seams of structure, agency, culture and political process to mine here.

An aside – I found out that Christopher Grey shares my enthusiasm for the under rated and deeply unfashionable novels of C P Snow. Snow was himself a key figure in recruitment at Bletchley Park, having moved from scientist to war time director of the Ministry of Labour. I can’t think of a writer who describes better the emotional intensity of working life – from political intrigue (Corridors of Power, The Masters) to scientific fraud (The Affair). Our anorak passion is shared by Muir Gray, I found in a recent twitter exchange, who insists his registrars read Snow’s novels to understand how policy and organisations work. Time for a revival?

Tara Lamont has worked for over twenty years in health services research, audit, and patient safety. She currently works for the National Institute for Health Research and is an honorary fellow at the University of Warwick, but blogs in a personal capacity.