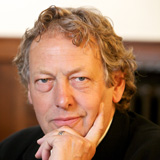 My own story is that of an experienced doctor who found himself transformed in the space of a few minutes from sitting in a prime spot as a spectator in the upper stand at Leppings Lane to being immersed in the chaos of the theatre of death that was the area behind the Leppings Lane tunnel. I became immediately aware of the almost complete lack of any systematic approach to dealing with the dozens of casualties walking, lying, falling, and already dead. I imposed a system of triage on the willing police officers who were desperate for leadership. At that point they were despatching casualties into ambulances with no regard to their severity. There was virtually no resuscitation equipment to hand and the best that could be done was to make sure that those who might most benefit from hospital attention were most likely to receive it. Digging deep I remembered my early days as a junior doctor on call but especially the lessons of George Yeoman Feggeter, senior surgeon at the Royal Victoria Infirmary in Newcastle when I was a student, who used to fascinate us with stories of triage from the Mediterranean during the second world war. Other medics and nurses who had been at the game appeared and for the next hour or so we busied ourselves systematically examining, sorting, and despatching our patients. And certifying the dead. In all about 15 were dead behind the Leppings Lane terrace and I certified six or seven of them, noting the time of death with my signature on pieces of exercise book provided by police officers and attached to the clothing of the victims with safety pins. I subsequently learned that by the time the bodies had been moved elsewhere these “death certificates” had all gone and other doctors issued new certification.

As the pressure subsided our impromptu team made sorties into the gymnasium where bodies were being assembled, welcomed by the police officers who were bringing order to this mortuary. Around five o’clock, the mood changed. Police were rounded up from around the ground and anybody else was evicted, the doors were barred, and the first police debrief took place. It is my view that this must have been when the conspiracy began. When 164 police officers doctor their notes, as we learned they did this week, this is not a few bad apples. It is a systematic conspiracy that must have been authorised or ordered, even perpetrated by senior officers. Between then and the following morning when Prime Minister Thatcher and communications chief Bernard Ingrams came to Sheffield, the malicious narrative that blamed the Liverpool supporters for the death of their own had aquired legs. We now know that the Sun newspaper headline blaming the fans and accusing them of stealing from the dead and urinating over bodies came from the police briefing a Sheffield news agency and a local conservative MP, who in turn briefed the Sun. Prime Minister Cameron exonerated Mrs Thatcher this week in an otherwise fulsome and welcome apology to Liverpool, the families, and the supporters. I am not so sure as to accept this exoneration at face value. The fact of the matter is that Prime Minister Thatcher was receptive to the police originated lies because South Yorkshire constabulary was her favourite police force, having sorted out the coal miners, and she had a barely disguised hostility to anything originating in Liverpool focused on her hatred for Derek Hatton of the militant tendency.

Nor did the conspiracy end with the police. The failures of the ambulance service are now in black and white for all to see. They were obvious to those of a medical background on the day. That night when I got back to Liverpool I went straight in to the Radio City studio, where I was a regular medical guest and told Liverpool the truth about what had happened. I continued to do this for the next two weeks with media from far and wide. On the Monday morning I took a phone call from a senior public health colleague from Yorkshire who advised me to stop criticising the ambulance service because they had had a debrief and had a water tight narrative. We now know from Bishop Jones’s panel that 41 of the 96 victims might have had a prospect of survival if the emergency plan had been properly implemented and especially because of failures involving the ambulance service. When I gave evidence at the Taylor Inquiry in Sheffield town hall, the biggest barrister brains in the country, retained at huge cost to the public purse, sought to traduce my account and throw doubt on my competencies, being a mere public health doctor (ignoring my specialist clinical training). We now know that police officers’ accounts, which made exactly the same points that I was making, were redacted, that points criticising the police and emergency services were removed on 116 occasions, and that anything relating to supporters was left in or accentuated.

From a personal point of view this week has taken a burden off my shoulders because to be treated as I was by the Taylor Inquiry was an assault on my professional integrity, and Bishop Jones’s report clearly supports my testimony. But this week was about the families and loved ones of the dead, and it was also about much more. If you lose a dear relative who has lived a good long life, you grieve. If you lose a loved one in a disaster it must be a hundred times worse. But if you lose a loved one in a disaster and then the facts are wrapped in a tissue of lies and conspiracy, how do you deal with that? The Hillsborough campaign has fought for truth and justice. We now seem to be close to the truth. The fight for justice comes next. I hope that that can also lead to healing and peace of mind for those who have suffered so long and so hard. In this as a psychiatrist I am on the same page as the Bishop. But the even bigger story is the corruption of public life which is epitomised by what happened at Hillsborough. Senior people in leadership positions willing to lie and conspire against the people they are supposed to protect. Since then we have had many other examples of this deterioration of public ethics where people will accept glittering prizes but not responsibility. MPs expenses and newspaper hacking are only the latest examples.

I believe that the legacy of the Hillsborough families is that not only can they be proud as to how they have loved their lost ones but also that they have shone a light on how our democracy must be renewed with a commitment to ethics, transparency, truth and justice and real leadership. We now have the truth about Hillsborough, could Iraq be next?