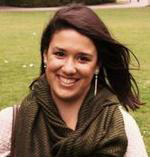 The award-winning experiential health website, healthtalkonline.org, launched a new section devoted to carers of people with a terminal illness on Wednesday. The website’s real life stories are proving a valuable resource not only to patients but also to health professionals.

healthtalkonline already hosts thousands of videos of people talking about their experiences of different medical conditions, from autism to pregnancy. The new section features 240 video clips taken from interviews with 40 men and women who have cared for a dying loved one. They cover the hidden aspects of caring, from dealing with financial issues to coping with conflicting emotions following the death.

Speaking at the launch last night, actress Fay Ripley, an ambassador for Marie Curie Cancer Care, said: “No one can predict becoming a carer. How are you supposed, magically, to know what to do—medically, emotionally, logistically? This site will help the carers of the future feel that they’re not alone.”

But the site, which receives over 5 million hits a month from all over the world, has found an unexpected audience among health professionals. DIPEx, the charity behind healthtalkonline.org, received a letter from second year medical student Khalil Secker who wrote:

“It’s not enough to just read about an illness in a textbook, as it doesn’t allow you to properly grasp the reality of living with cancer or multiple sclerosis. It’s impossible to understand the complexities or the personal and psychological impacts of an illness without hearing from somebody who actually has it. Thank you for helping me with my education, I’m certain that one day I will be a better doctor because of it.”

The video interviews are carried out by qualitative researchers at the University of Oxford. Fiona Barlow, the National Cancer Action Team (NCAT) research fellow, believes the site is a valuable resource to doctors as it helps to close the gap in understanding between the illness and its effect on patients’ lives. She said: “These stories are real and sometimes that’s what we need to hear.”

In fact, the new section even includes a selection of clips called “Advice for professionals.” The videos can be hard to watch—the anger of some carers who feel they received inadequate help is still raw—but others speak with support and understanding. One carer, for example, says that doctors should not be afraid to admit when they don’t know the answer.

These experiential videos have proved so useful to professionals that some teachers and organisations are already using them as a learning tool. The Motor Neurone Disease Association (MNDA), for example, has used information gathered through interviewers with sufferers of motor neurone disease to put together an e-learning module for GPs.

Joy Waldock uses the motor neurone module to help train students from Hull York Medical School. She said: “It’s especially great to see the pictures and fasciculation and hear the speech because it is so rare and many people won’t have that experience.”

There is hope that healthtalkonline.org, which receives funding from the Department of Health, the National Institute of Health Research, and the NHS may be used as a teaching tool in many more institutions. These videos are a way to connect with the experiences of patients and the human, often hidden, side of the health profession.