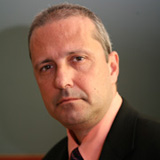 A 75 year old man who was diagnosed with coronary heart disease when he was 60, and has been treated with medication since, represents a typical patient in primary care and hospital care in Spain. He has also been diagnosed with type 2 diabetes. Treatment with drugs and insulin therapy started when he was 72 years old. As a long term smoker, he has had several episodes of acute respiratory infections in the last ten years that required hospitalisation for a few days.  He has been recently diagnosed with localised prostate cancer after a PSA test and a biopsy, and his general practitioner suspects he has dementia. He is a widower, lives alone, has a low level of health literacy, and is melancholic and non-expressive at his monthly 8 minute medical appointments. He delegates all of his medical decisions to his doctor and nurse. All the care he gets, including medications, do not cost him extra and is paid for with taxes.  A different situation is the case a 50 year old female engineer who was diagnosed 10 years ago with a neuroendocrine tumour of the pancreas. Since then she has had four major operations and six different courses of chemotherapy, as well as participating in clinical trials. The public healthcare system has paid for her to have two different second medical opinions in Sweden and the US and for more than 40 different imaging diagnostic tests. She is still on therapy and she has a very good quality of life and a high level of health literacy.

Although both cases are fictional, they both got the care everybody in Spain thinks they deserve. For Spaniards the right to healthcare is associated with the respect for human dignity, something independent from people, social class, and facts. But a problem arises when the system of care that provides almost free and universal coverage to all Spanish residents as a basic human right is economically broken. That is the challenge that our society faces and one for the newly elected right wing government of the Popular Party. Things are more complex if we take into account that the Spanish healthcare system is a federal one, structured through 17 regional governments, each with its own parliament and healthcare budget. Central government retains very little direct control and mostly coordinates regional government policies. However, the fact that 13 regional governments are run by the Popular Party will give more power to the newly elected government of the country to adopt nationwide policies.

To meet the healthcare challenges that make it possible to provide the right care for Spanish patients, there is a need to carry out important structural changes. However, EU austerity policies will force the new government to enact immediate and severe budget reductions in healthcare at the risk of increasing waiting lists and social inequalities, and without implementing the appropriate structural changes. Microeconomic targets will replace health goals, and managers will be allowed to run the system based on cost reduction policies. To cope with the situation, the Spanish College of Physicians (OMC) has created an observatory to monitor the scope of the healthcare cuts and to empower doctors to adopt a major role in setting limits where cuts could create harm to patients. Short term and badly planned changes could promote a multi tier system of care where equity will depend more on where you live, your connections to the system, and the health knowledge you have rather than your health needs.

Albert Jovell is the president of the Spanish Patient Forum, and director of the Patients’ University, School of Medicine and Surgery, University Autonomous of Barcelona.