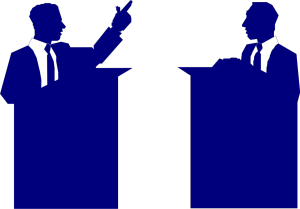 It’s been a ‘debate topic’ from a number of conferences, medical student societies and online fora.

Should an intervention without evidence ever be undertaken?

There’s a couple of key elements here: one – the idea that there can be an intervention ‘with no evidence’, and two – that an absence of evidence should be interpreted an evidence of absence of effect. Both are straw men.

We’ve covered this ground before. We’ve battered on about the need of #realEBM to be the combination of best available evidence, viewed through a lens of clinical expertise and decided in conjunction with patients to make an appropriate choice. And that ‘best available’ means exactly that – so that for some things there are multiple, well conducted RCTs, for others there is a report that once, someone with a similar condition got better. Sometimes there is even less – it truly is a never previously done – but in those cases we should be talking about research, not EBM, shouldn’t we? Beyond that, there’s a way of thinking about an parachute of evidence – some of it direct, much of it indirect.

Then there’s the idea that if you don’t have evidence of something working, it doesn’t work.  Hmmmmmm. Now there is a difference between “This ultraviolet pen torch might well cure your glioblastoma multiforme” and “Intranasal diamorphine has good analgesic effects, I wonder if intranasal oxycodone might?”. That’s a basic issue of functional credibility. But there’s also just the issue of precision, uncertainty and truth – I don’t know is different than I know it’s not.