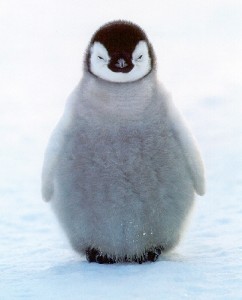 Another guest blog from @gourmetpenguin on the topic of clinical academia brings up an EXCELLENT point that’s often assumed, incorrectly. That is that to be a clinical academic, you need to be really clever. Well …
I spent a weekend at the Clinical Academic Trainees conference in Sheffield in 2015. This is still quite a bizarre thing for me to say, because I never wanted to be a clinical academic. The truth is that it just didn’t occur to me that it was “my” kind of thing. Academia is for clever, brainy people who understand things like thermodynamics and calculus – that’s not me.

I barely made it in to medical school. My grades weren’t good enough the first time around, and I just scraped into a London medical school with less stringent entry criteria. Even they weren’t too sure about me: my admissions form summary has me down as “not the brightest tool in the box, but seems determined”

Until I looked around at the other speakers at this conference. These are Professors and Senior Lecturers, experts in their fields. I’ve met them at conferences and meetings – they are quite scarily intelligent. And yet here they were, talking about they had the lowest mark ever recorded in a pharmacology exam or had failed their membership multiple times or had been told that they’d never get into medical school.

There’s a lot of emphasis on exams if you’re a medic. Testing looks like it’s making a comeback for children as young as seven, and it just keeps going throughout the rest of our training. Exams are great… for testing how well you perform in the exam. Even outstandingly well-designed exams will still just test your performance in that exam. They don’t always reflect the situations that they’re designed to test; and they aren’t really designed to test situations that you don’t know exist. Exams test within boundaries, within the box.

Research is often about stepping outside those boundaries, about wondering if there is a different way of doing things. It’s about thinking outside the guidelines and exploring new ideas. It’s not about learning exam answers.

I might not be the brightest tool in the box… but who wants to be stuck in a box anyway?