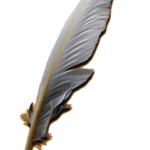 Should you write a case report?

…that you really ought to think about what you’re writing when writing a case report.  My experience is of people coming to me and saying “I’ve written this case report, but I can’t get it accepted anywhere – could you tell me why?”  I look, and very often – and slightly less bluntly than I’m going to put here, I have to tell them that:

Now, not wishing to bite the hand that feeds (although I am not paid for blog posts…) I feel duty bound to note that there is an online only model in BMJ publishing, BMJ case reports, which, if you join, allows you to submit reports for peer review.  Reflect on this:  A commercial industry has had to set up an entirely different publishing model to deal with the fact that case reports are a struggle to publish.  There are exceptions to this, but not many.

Please note that I’m not doubting the value of case reports as a fundamental building block of scientific knowledge.  Somebody somewhere needed to note that children were dying from a disease that eventually emerged to be understood as cystic fibrosis or Kawasaki disease.  I’m just saying that perhaps you might consider not writing one.  Remember that the way that you view things – that it was absolutely fascinating that this particular complication was associated with a condition that you’re now much more familiar with.  But remember the reader.  The reader will be thinking:  I’ve never seen that condition, and so I don’t want to commit to memory that this rare thing happens.  And so the editor – me – will say “This may have Merit.  But we won’t publish it here…”

So, here’s the scenario.  On the ward round the consultant says “Oh, we should write this up as a case report” and looks searchingly at you.  This is what I think you should do.

Lastly, I was listening to a talk by Professor Alan Craft some years ago, and he quoted Bird’s rule – and I’m afraid I don’t recall who Bird was.  It went:  if you are adding more than 10% to the world literature, it’s worth trying to publish it.  So, if you’ve a case series of two patients, in the context of ten patients in the world so far reported, then it might be worth having a crack at it.

What should you publish instead of a case report?  That’s soon…

* Please read the exceptions to ‘No’ above. Or just save yourself lots of heartache and follow it up.