Fred Baillif will deliver two Q and A events at the BFI Future Film Festival, “How to tell stories inspired by real-life experiences”, and “La Mif + Q&A with director Fred Baillif, and actors Anaïs Uldry and Claudia Grob”.

Set in a residential care home for adolescent girls, ‘La Mif’ follows seven teenage girls, their daily interactions with each other, and the social workers in charge of their home. When the police investigate one of the girls, a series of unexpected events triggers fallouts between the girls, the care home staff and the sympathetic manager. I met Fred Baillif at the London Film Festival in October 2021 when he explained: “the stories came from my own professional background as a social worker. However, it is not a documentary film. A lot of the narrative details came from non-professional actors, girls who live in a care home. Even if I am the best writer in the world, I won’t be able to tell their stories as they would. They know their lives better than anyone else. They wrote the dialogue as they speak in similar situations. But I made an artistic decision to shoot the film in a claustrophobic setting to reflect their entrapment.” 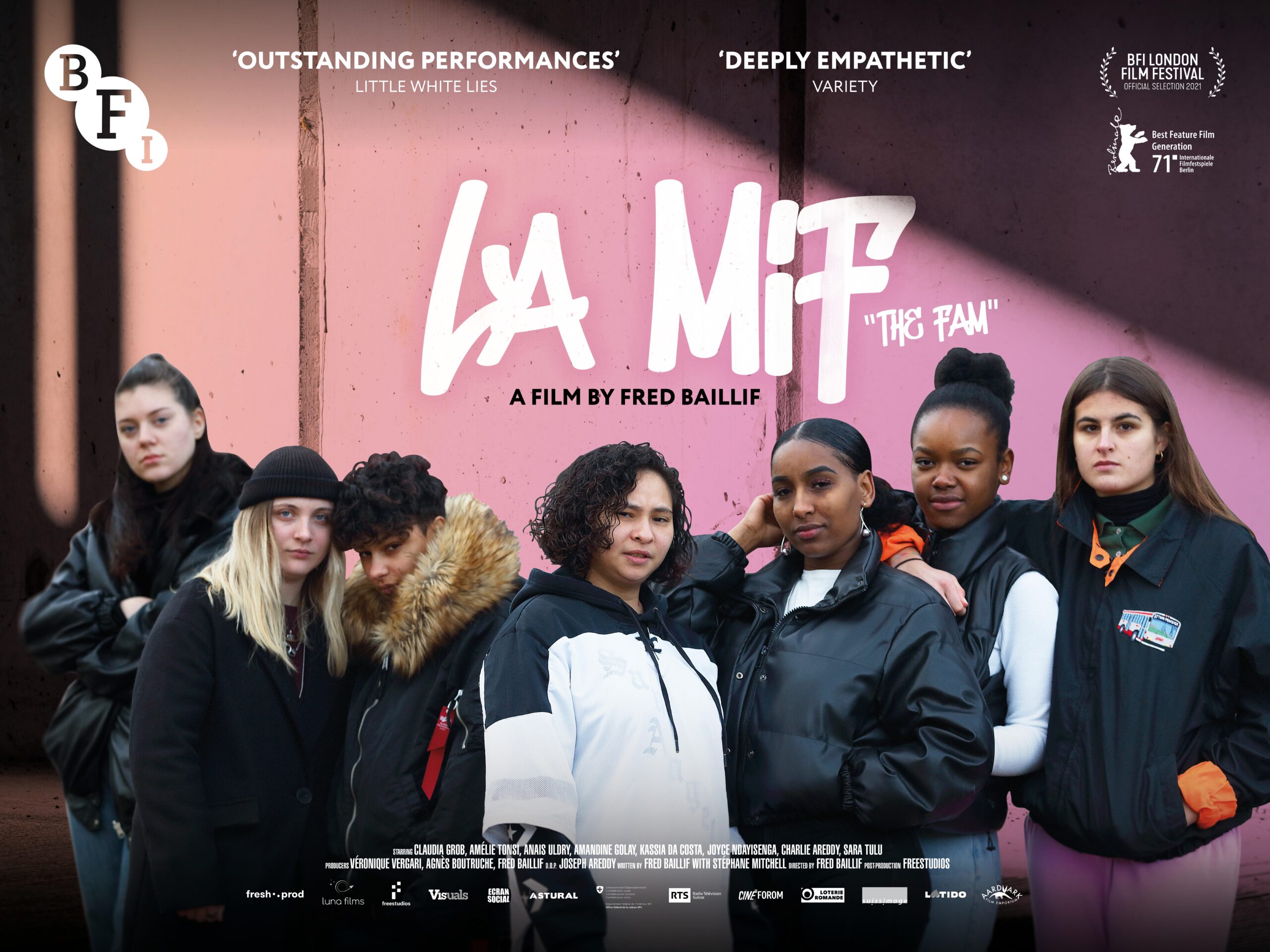 The film was a ‘labour of love’ for the director and the girls, Fred elaborates on the research and workshops they did: “It took us two years to make the film. We wanted to be as authentic as possible. The most important thing I wanted to establish was to gain the girls ‘Trust’. I was always careful not to put too much of their real lives on the screen unless they wanted a specific detail to be included. Trust comes from knowing them very well. Our initial interviews were in-depth so I could get to know them as human beings, and to know what they would or would not be comfortable with in sharing. Creating the fictional stories of the film characters was a ‘safe space’ we all went to. Claudia Grob, who did the role of ‘Lora’, the sympathetic home manager is a social worker herself. She helped me a lot in understanding these girls, and gaining their trust.”

Fred reflects on his experience as a social worker: “It was always a problem for me how to negotiate professional boundaries without being too detached. I am now a free-lance social worker doing films. There are no institutional barriers to restrict my creativity. I can now be a human being supporting these girls. During the film-making process, my wife and I became friends with the girls and invited them to our home. They need to feel part of a family. As a social worker, you are not allowed to be a family member to those in your care. These girls need to be treated with affection and love. It is a dilemma of how to provide protection as well as affection. What happened with Covid was that protection was given more priority than any other aspect of care. Risk aversion became the overriding drive no matter how small the risk was. In one of the scenes, the girls challenge Lora on why she can’t share her personal stories with them. The system and the institution prohibit sharing or forming a sincere relationship. I totally understand that there are boundaries that stop social workers from inviting children to their homes. But what message does that give those children? First and foremost, we need to understand their needs. However, some subjects like sexuality are taboo in care homes.”

In an endearing humility, Baillif does not claim to be a humanitarian. However, he states that there are lessons to be learnt from Mother Teresa’s commitment to people who are suffering. He adds: “I believe in the essence of social working. The system and the bureaucracy made some social workers entrenched in certain positions. Any form of friendship or kinship is lost in such a rigid system”. 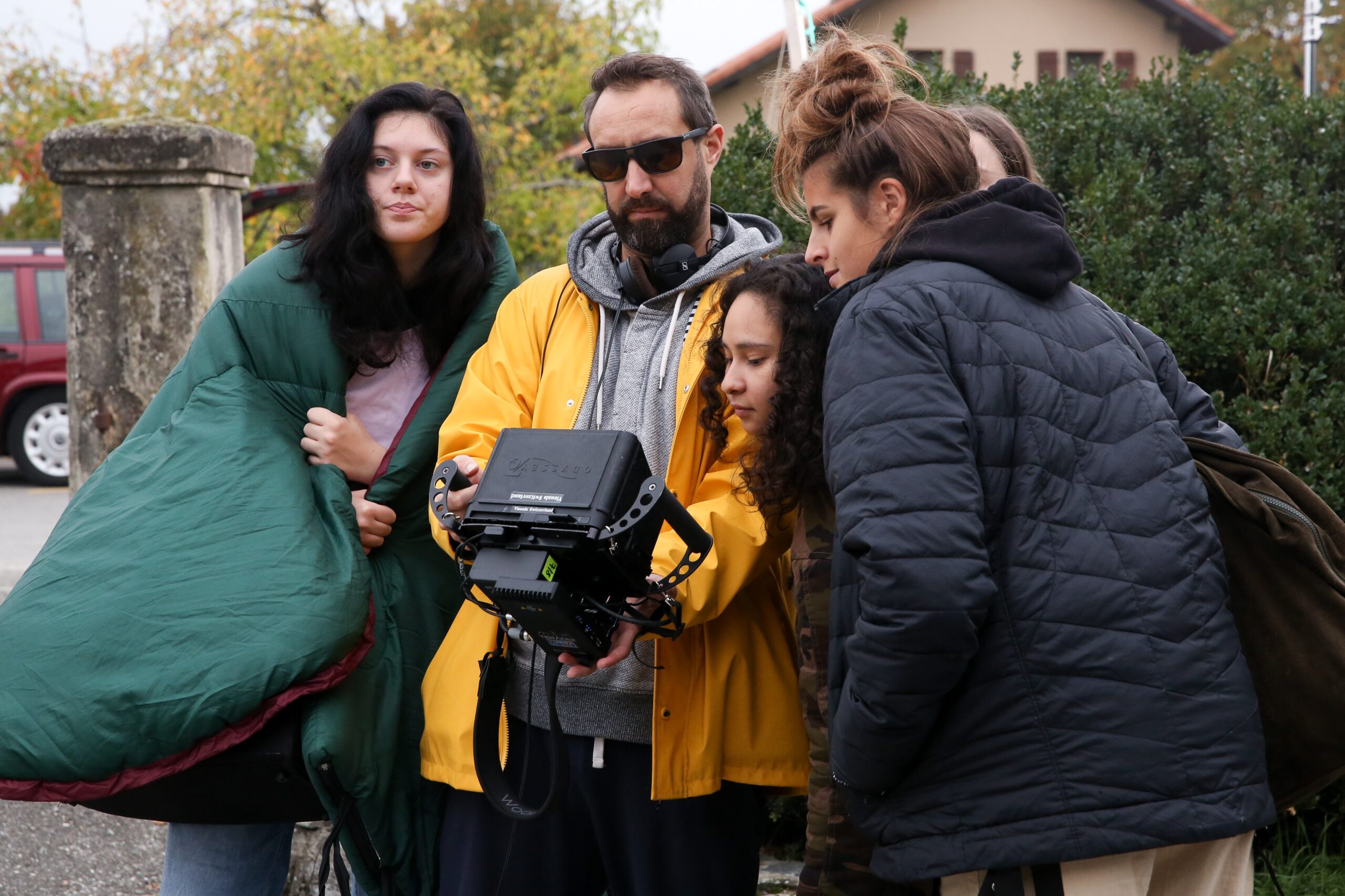 Right from the beginning, Fred was clear about the creative partnership he had with the girls. In managing their expectations, he elaborates: “I told them to be prepared for anything, you might go to the Oscars, but success is not guaranteed. It might open doors, but you must push those doors yourselves. I will not push them for you. One of the girls is now pursuing a career in acting, and I am supporting her. Part of me still has the ethos of a social worker who wants to help. I am only planting seeds. I want to make a great film, of course. But I am also doing this film for them. I want them to be successful. I am hoping that we can all go back to simpler and more human ways of social care.”

‘La Mif’ won the Focus Competition at the Zurich Film Festival, and the Grand Prix for best film in the Generation 14plus competition in Berlin Film Festival in 2021.