Suffering from an “illness without a disease” is a common condition. The person is suffering, but no abnormalities can be found in the body. This is the case for chronic fatigue, fibromyalgia, many chronic pain syndromes, and most psychiatric disturbances. The article replies to the debate between defenders and deniers of “purely” psychological suffering (“it’s all in the mind”), which is important for addressing the stigma of suffering from such conditions as well as discussions about (the need for) biological causes and treatments.

A position reconciling the opposing views is proposed. Neuro-biological phenomena subtend any psychological state, but psychological states can influence biological phenomena. The linear cause-and-effect chain should be replaced by a bidirectional causal vector, varying from case to case, between illness and disease. This would heal many dichotomies affecting medicine, such as those between “symptomatic” and “disease-modifying” treatments, “rehabilitative-palliative” and “curing” approaches, and, most importantly, the dichotomy between biological science and clinical assistance. 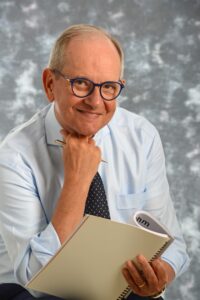 Luigi Tesio is an MD, and Full Professor of Physical and Rehabilitation Medicine (PRM) at the University of Milan. He is the Director of the Department of Neurorehabilitation Sciences at the Istituto Auxologico Italiano, a leading research hospital in Milan. His research fields are 1) neuro-mechanical correlations in balance and gait; 2) neuro-mechanical and psycho-mechanical correlations of voluntary movement; 3) psychometrics and outcome measurement in disability studies; and the epistemology of PRM. Representative publications in these fields include: “Physical and Rehabilitation Medicine targets relational organs,” International Journal of Rehabiltiation Research (2020); “The Motion of Body Center of Mass During Walking: A Review Oriented to Clinical Applications.” Frontiers in Neurology(2019); “APAs Constraints to Voluntary Movements: The Case for Limb Movements Coupling.”Frontiers in Human Neuroscience-Rehabilitation (2017); “Efficacy and Safety of Extracranial Vein Angioplasty in Multiple Sclerosis: A Randomized Clinical Trial.”Journal of The American Medical Association-Neurology (2017); “The good-hearted and the clever. Why Medicine can be a science (in Italian).”Il Pensiero Scientifico Editore (Rome, 2015). “Bridging the gap between Biology and Clinical Medicine. Some help from Rasch measurement theory.”Journal of Applied measurement (2004). 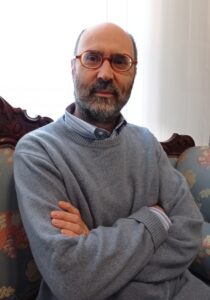 Marco Buzzoni is Full Professor of Philosophy of Science in the Department of Humanistic Studies at the University of Macerata, Italy. He was an Alexander von Humboldt-Fellow at the Universities of Würzburg, Marburg, Duisburg-Essen and Berlin (TU), Ordinary member and assessor of the Académie Internationale de Philosophie des Sciences, Ordinary Member of the Institut International de Philosophie, and co-editor of the “Epistemologia” special issue published annually by the journal Axiomathes. His fields of research are: science and technology, epistemology and methodology of human sciences, philosophy of biology and medicine, and the philosophy of thought experiments. Major publications include: Knowledge and Reality in K.R. Popper (Milan, 1982); Theory of Meaning, Ontology and Hermeneutics of Scientific Knowledge. Essay on Thomas Kuhn (Milan, 1986); Operationalism and Hermeneutics. Essay on the Epistemological and Methodological Status of Psychoanalysis (Milan, 1989); Science and Technique. Theory and Experience in Natural Sciences (Rome, 1995); Experiment and thought experiment (Milan 2004); Thought Experiment in the Natural Sciences (Würzburg, 2008).