This article analyses two young adult (YA) novels about young men’s experience of anorexia nervosa (AN), within the dual contexts of medical humanities research into literary depictions of illness, and the broader field of young adult literature about AN. While emphasising the importance of diverse literary narratives in order to raise awareness of the prevalence of AN in men and boys, and to contribute to the reduction of stigma, it also considers current research into the potentially harmful triggering effects of AN literature on vulnerable readers. It identifies Anne Percin’s Point de côté (Side Stitch) (2006) and Simon Boulerice’s Jeanne Moreau a le sourire à l’envers (Jeanne Moreau Has An Upside-Down Smile) (2013) as examples of good practice in AN literature, not just due to their thematic focus on male experience, but also because they employ narrative strategies that disrupt reader identification with the anorexic character, and avoid focusing directly on potentially triggering descriptions of anorexic ideas and behaviour. They also contribute to diversifying the portrayal of AN via non-judgmental portrayal of LGBT themes, a topic absent from equivalent YA novels currently available in English.

The article further argues that literature – including fiction – contributes to the overall social and cultural discourse surrounding specific illnesses and is likely to affect patients’ real-world experiences, but that it is a specific kind of discourse in its own right, which demands to be read with the appropriate tools. Its detailed analysis of narrative voice alongside thematic content demonstrates how specific approaches from the field of literary studies may complement empirical research into literature and its place within mental health discourse. 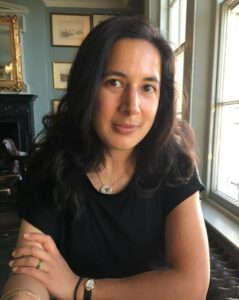 Katie Jones is lecturer in French and Comparative Literature at the University of St Andrews. She is the author of Representing Repulsion: The Aesthetics of Disgust in Contemporary Women’s Writing in French and German (2013), and, more recently, of articles on contemporary literature and its relationship to mental health. She is particularly interested in exploring the ways in which fictional representations interact with broader discourses and debates about mental health and illness.